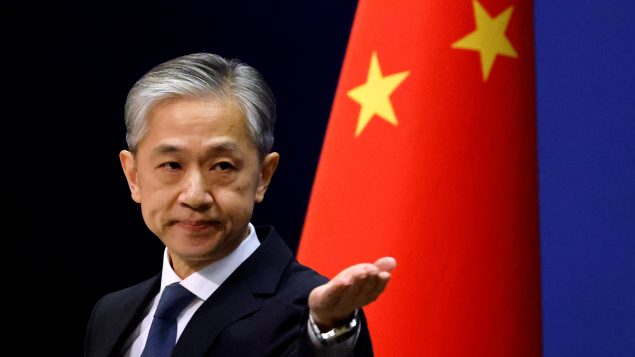 China lashes out at Canada over Uighur genocide vote

The Chinese government lashed out at Canada today, accusing Ottawa of deliberately smearing China and seriously violating international law, after the House of Commons voted to declare that Beijing is committing genocide against Uighurs and other Turkic Muslims in the western Xinjiang region.

The lower house of Canada’s Parliament voted on Monday to pass an opposition motion declaring that China’s treatment of Uighurs and other Turkic Muslims in Xinjiang meets the definition of genocide set out in the 1948 UN Genocide Convention.

The motion also calls on the government to lobby the International Olympic Committee to move the 2022 Winter Olympic Games out of Beijing.

“Facts have proved that there has never been any genocide in Xinjiang. This is the biggest lie of the century deliberately concocted by extreme anti-China forces, and a ridiculous farce to smear and defame China,” Wang said.

He also accused some Canadian politicians “blatantly” politicizing sports and “totally violating the spirit of the Olympic Charter and harming the interests of the international Olympic Movement and athletes from all countries.”

Wang said the Chinese government has “lodged stern representations” with the Canadian side.

Foreign Affairs Minister Marc Garneau abstained “on behalf of the Government of Canada” from voting on the opposition motion declaring China’s treatment of Uighurs and other Turkic Muslim minorities in the western region of Xinjiang amounts to genocide. (Sean Kilpatrick/The Canadian Press)

The non-binding motion in the House of Commons passed nearly unanimously with 266 in favour and zero opposed. Two MPs, including Foreign Affairs Minister Marc Garneau, formally abstained. Prime Minister Justin Trudeau and almost all of his Liberal cabinet members were absent during the vote.

“We remain deeply disturbed by horrific reports of human rights violations in Xinjiang, including the use of arbitrary detention, political re-education, forced labour, torture and forced sterilization,” Garneau said in a statement released after the vote.

“The Government of Canada takes any allegations of genocide extremely seriously. We have the responsibility to work with others in the international community in ensuring that any such allegations are investigated by an independent international body of legal experts.” 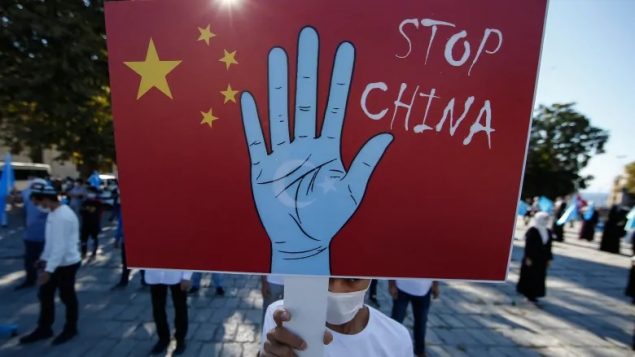 A protester from the Uighur community living in Turkey holds an anti-China placard during a protest in Istanbul on Oct. 1, 2020. (Emrah Gurel/AP PHOTO)

Wang said all efforts to deradicalize Muslim extremists in Xinjiang are “fully consistent with the principles and spirit of the UN Global Counter-Terrorism Strategy.”

“Thanks to the efforts of the local people of all ethnic groups, there has been no violent terrorist case for more than four years in a row in Xinjiang,” Wang said. “The region now enjoys social stability and a sound development momentum, and the local people are living a safe and happy life.”

He also dismissed reports of forced sterilization of Uighur women and other forms of population control.

The Uighur population in Xinjiang has continued to grow at a pace higher than other ethnic groups, including the Han majority, Wang said. From 2010 to 2018, the population of the Uighurs in Xinjiang rose from 10.17 million to almost 12.72 million, an increase of 25.04 per cent, he added.

“Today is a time for moral clarity,” said Chong. “We can no longer ignore this. We must call it for what it is — a genocide.”

With files from Ryan Patrick Jones of CBC News