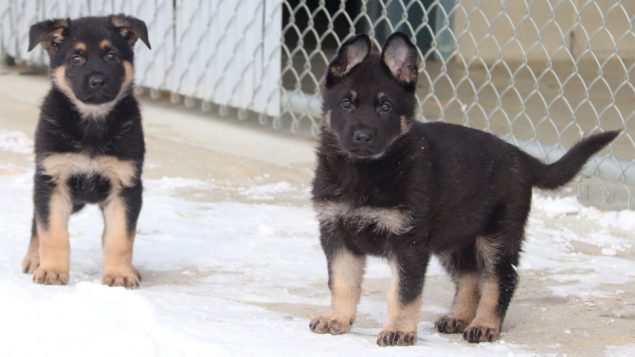 As it has done every year since 2001, the Royal Canadian Mounted Police (RCMP) is asking Canadian children to submit names for puppies that will be born this year and trained as police service dogs. The national police force has gained a reputation for breeding top quality German shepherds and for training dogs with outstanding searching and tracking skills.

Many schools across Canada have students get involved in this contest. In past years, children could pick a name and add some artwork along with their submissions. The force now asks that children submit their name suggestions online, but adds that drawings and paintings sent through the mail are always welcome. The contest regularly gets thousands of submissions and one year got close to 30,000. 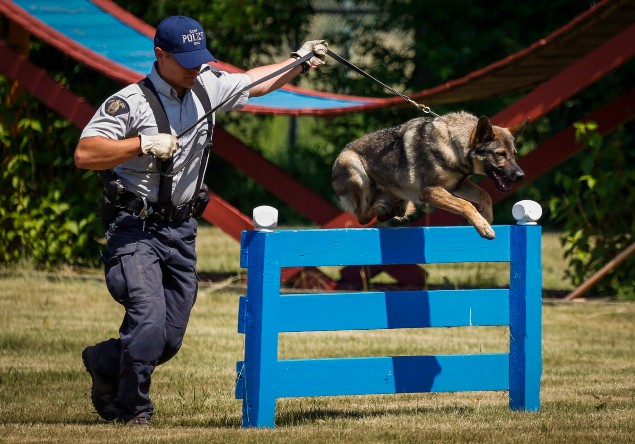 The RCMP has gained a reputation for breeding top quality German shepherd dogs and training them well in searching and tracking. (Jeff McIntosh/The Canadian Press/July 15, 2015)

Thirteen puppy names to be chosen

Children must submit names that begin with the letter “P”, have no more than nine letters and two syllables. The contestants must live in Canada, be between four and 14 years old and may only submit one name each.

Thirteen winners will be chosen. Each gets a laminated photo of the puppy they name along with a plush dog named Justice and an RCMP water bottle. In the past, occasionally a handler and service dog would go to a school and hand out awards but that will not be possible this year due to the pandemic. Public demonstrations of the service dogs’ abilities were also cancelled though out 2020 but may resume depending on the course of the COVID-19 pandemic.

The deadline for entries is March 18, 2021 and the winners will be announced on April 28, 2021 on the RCMP website and social media.

The RCMP’s Police Dog Service Training Centre is located in Innisfail in the western province of Alberta. The force has 30 active dog and handler teams. Dogs which are not accepted into the RCMP’s canine units may be sold to other police forces or search and rescue organizations. 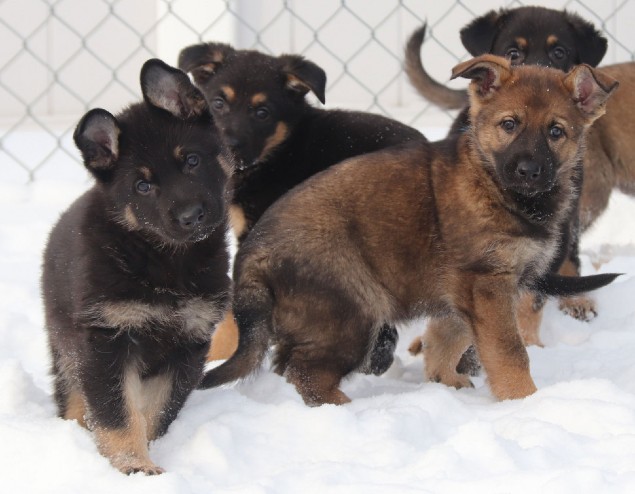 Thirteen puppies will get names that begin with the letter “P”. (RCMP)