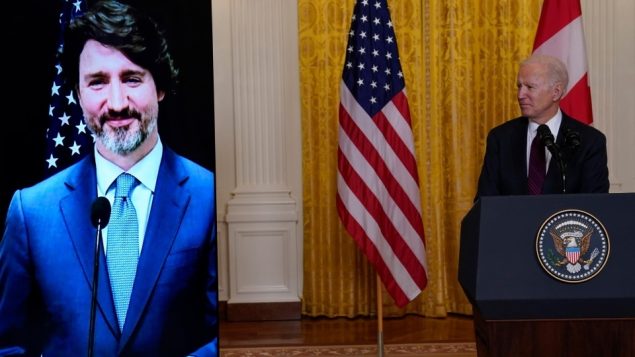 “The United States has no closer friend than Canada. That’s why you were my first call as president, my first bilateral meeting.” U.S. President Joe Biden/Feb. 23, 2021.

When it was over, the leaders said they had agreed to prioritize the fight against COVID-19 and the economic recovery when the COVID-19 pandemic ends.

“In the face of COVID-19, of climate change, of rising inequality, this is our moment to act,” Trudeau said.

“Job one remains keeping people safe and ending this pandemic.”

Releasing an ambitious roadmap to “revitalize and expand this historic relationship and realize our full potential,” Biden and Trudeau also pledged to align climate goals to achieve net zero emissions by 2050. 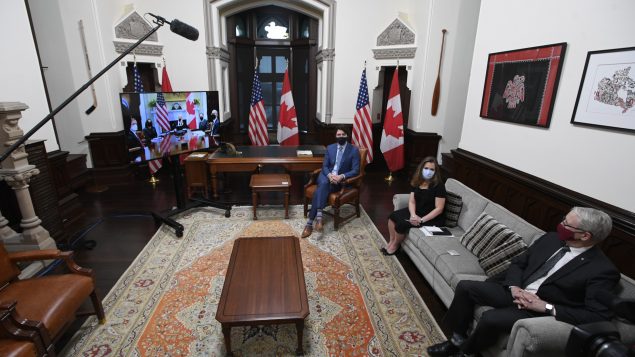 “We intend to demonstrate our leadership in order to spur other countries to raise their own ambitions,” Biden said.

“Canada and the United States are going to work in lock-step to display the seriousness of our commitment both at home and abroad.”

Trudeau told Biden that “U.S. leadership has been sorely missed over the past years” on climate.

In what will be encouraging news for many Canadians, Biden indicated that he was ready to help Canada secure the release of Michael Kovrig and Michael Spavor, who have been imprisoned in China for over two years.

Both were detained on Dec. 10, 2018–nine days after Meng Wanzhou, the chief financial officer of Huawei Technologies, was arrested by Canadian officials at the request of the United States while she was changing planes in Vancouver.

“Human beings are not bartering chips,” said Biden, who did elaborate on how he would help.

“We’re going to work together to get their safe return. Canada and the United States will stand together against abuse of universal rights and democratic freedoms.”

“They realize how very important it is for Canada and I would say that discussion was very, very helpful in terms of our efforts and we will see where that leads,” Garneau told CTV.

“There is serious engagement, there are serious conversations,” Hillman said. 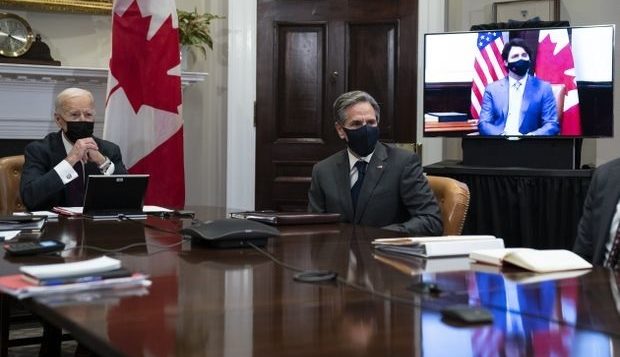 U.S. President Joe Biden and Secretary of State Antony Blinken listen in the Roosevelt Room of the White House as Prime Minister Trudeau speaks during a yesterday’s virtual meeting. (The Associated Press/Evan Vucci)

Prior to the meeting, obsevers had speculated that Trudeau would ask Biden to help secure COVID-19 vaccines from Pfizer and Moderna plants in the U.S.

Garneau said afterward that Trudeau did not make the request.

And, U.S. officials said, the White House is still considering Canada’s request for an exemption from Biden’s plans for tougher “Buy American” rules.

“Canada and the United States have an extraordinary relationship that transcends geographic borders. It is in our best interest to work together to make things better for our people and both our countries, Trudeau said in his statement after the meeting.

“Today’s meeting with President Biden further strengthens our two countries’ strong and historic ties. I look forward to continue working together to end COVID-19, and build back better to grow the middle class and create good jobs.”

Tuesday’s cordial tone was a marked contrast to the sometimes strident relationship between Trudeau and Donald Trump over the past four years.

With files from CBC News (Peter Zimonjic), The Canadian Press