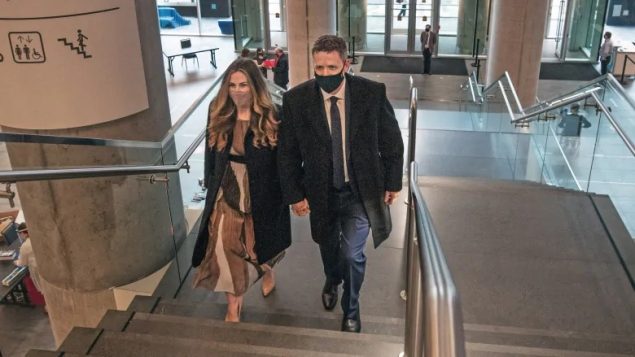 Iain Rankin and his wife, Mary Chisholm, arrive at the Halifax Convention Centre for his swearing-in as Nova Scotia premier today. Rankin, who is 37, won the provincial Liberal Party's leadership race running on generational and climate change and is a former environment and lands and forests minister. (Communications Nova Scotia)

Iain Rankin and his cabinet take power in Nova Scotia

Nova Scotia has a new government.

Iain Rankin, who won the provincial Liberal Party leadership in a virtual convention earlier this month, was sworn in today as the province’s premier.

Rankin, who is 37, ran his leadership race on generational and climate change and is a former environment and lands and forests minister.

He succeeds Stephen McNeil, who announced last summer that he would step down when a new leader was elected. 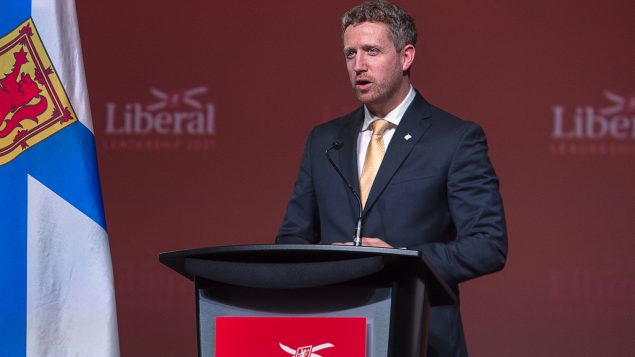 Now comes the hard part. Iain Rankin addresses supporters after winning the leadership of the Nova Scotia Liberal party at a virtual convention in Halifax on Saturday, Feb. 6. Today, he took over as the province’s premier. (THE CANADIAN PRESS/Andrew Vaughan-POOL)

Along with being premier, Rankin will serve as the Minister of the Department of L’Nu Affairs, formerly the Office of Aboriginal Affairs, and be responsible for youth, military relations and the Office of Citizen-Centred Approaches.

Today, the CBC’s Michael Gorman reports, Rankin made good on a campaign pledge to be a collaborative leader. 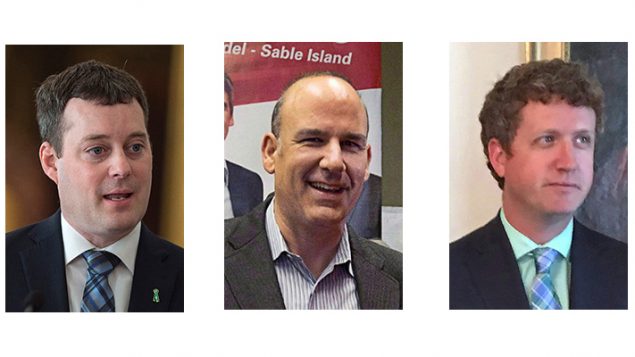 Liberal Party leadership candidates (left to right) Randy Delorey, Labi Kousoulis and Iain Rankin are seen in file photos during the party’s leadership race. Delorey and Kousoulis will serve in Rankin’s cabinet, which was sworn in today in Halifax. (THE CANADIAN PRESS/CP)

Kousoulis and Delorey were among 16 new cabinet ministers sworn in today.

Kousoulis is the new finance minister as well as minister of the Department of Inclusive and Economic Growth, formerly the Business Department, and takes on responsibility for trade.

Delorey is the new justice minister and attorney general and also becomes minister of labour relations.

Among Rankin’s leadership campaign pledges was a promise to end Nova Scotia’s use of coal to generate electricity by 2030 and to have 80 per cent of Nova Scotia’s energy coming from renewable sources by that same year–making the province the first in the country to be net carbon neutral.

He also promised to implement the recommendations made in a review published in 2018, known as the Lahey Report, on forestry practices, which  called for a major reduction in clear-cutting that advocates say has been lagging. 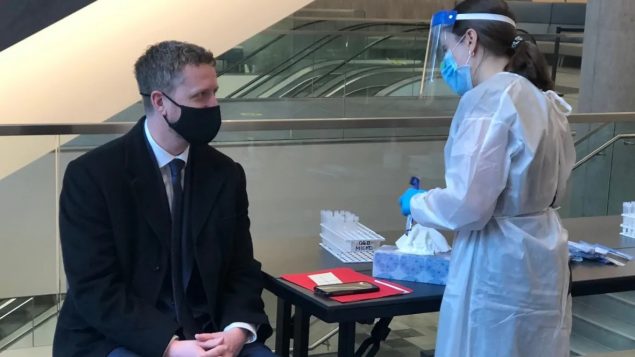 Rankin, who said during his leadership campaign that his first priority was to maintain the province’s successful efforts to combat the COVID-19 pandemic, is pictured as he underwent a COVID-19 test before being sworn in today. (CBC/Jean Laroche)

While reaffirming environmental commitments following his election as Liberal leader, the CBC’s Gorman reported that Rankin said his first priority was to maintain the province’s successful efforts to combat the COVID-19 pandemic.

And, Gorman reported, Rankin pledged “to follow McNeil’s example of allowing the advice of Public Health, not politics, to take precedence in making decisions.”

As of Tuesday morning, 1,610 COVID-19 cases had been reported in Nova Scotia since the start of the pandemic.

Canada’s Atlantic Provinces have fared better than much of Canada in fighting the pandemic because of the so-called Atlantic Bubble, which limited travel to the region.