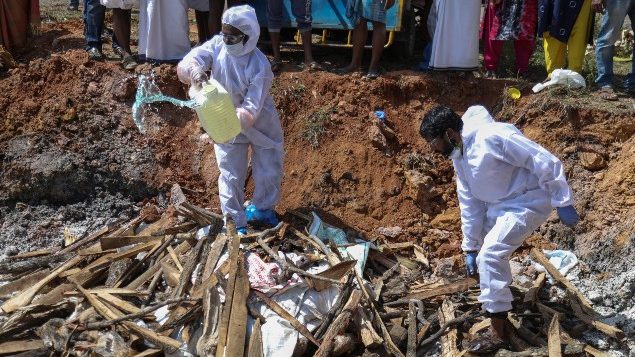 In Kerala state, India on Jan. 5, 2021, health workers prepared to burn ducks culled after they were found to be infected with the H5N8 strain of bird flu. Such outbreaks raise concerns about infection in humans. (Prakash Elamakkara/AP Photo)

There have been outbreaks of the H5N8 strain of avian flu in Russia and India recently and a Canadian scientist says that highlights the urgent need to develop a universal influenza vaccine. Bird flu is prevalent among fowl and may jump to humans, but it is not transmitted from human to human, at least not so far. But viruses mutate and resulting changes could make bird flu transmissible between people.

Urgent need to monitor viruses ‘that could lead to another pandemic’

“We need to stay on high alert and conduct a great deal of surveillance to detect viruses that could lead to another pandemic,” says Matthew Miller, an associate professor at McMaster University and principal researcher at the Michael G. DeGroote Institute for Infectious Disease Research. The outbreak of H5N8 “underscores the importance of developing a universal influenza virus vaccine that could provide people with protection against influenza viruses that have the potential to develop into an epidemic or pandemic,” he says.

Currently, researchers develop a different flu vaccine every year based on predictions about what viruses will likely be circulating. Miller and his team are part of Canada’s Global Nexus for Pandemic and Biological Threats. This is an international network that provides a hub for scientists to come together to solve infectious disease problems. 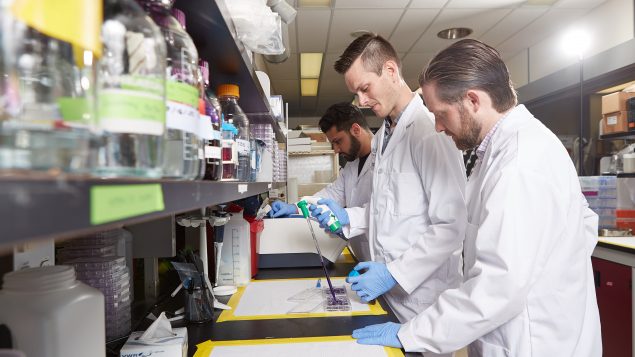 Viruses change all the time, but they do have certain vulnerabilities that stay the same. These are carefully hidden by the viruses. After 10 years of research, Miller and other researchers have found such vulnerability and ways to train the human immune system to focus on them and overcome them. They are in early stages of clinical trials on humans and don’t expect a vaccine to be developed before five years.

But the work is crucial, says Miller. Since 1918, influenza has caused five global pandemics. The UN’s World Health Organization reports that seasonal flu causes severe illness in as many as three to five million people each year and about 300,000 to 600,000 people die of it.

Miller says Canada needs to step up its pandemic preparedness. The Globe and Mail newspaper investigated and has reported on a severe weakening of Canada’s Global Public Health Intelligence Network (GPHIN) shortly before the COVID-19 pandemic. This body was set up in the late 1990s as a global network of connected professionals working to rapidly detect, identify, and mitigate threats to human health. The Globe says its investigation “detailed how shifting priorities…led to GPHIN’s resources being moved to other areas” thwarting its ability to warn the government about the emerging coronavirus threat and advise how to deal with it.

Miller says Canada “certainly” needs a permanent, strong national infrastructure to monitor emerging diseases. “Unfortunately, memories are short,” he says and after a pandemic fades the need for preparedness does too. But the risks of emerging infections are increasing, he adds. This is in part because of the destruction of animal habitats and the growth of the human population. When areas are densely populated, it is easier for viruses and other pathogens to be transmitted from one person to another.

The first detection of the H5N8 occurred in Ireland in the early 1980s. In 2014, more than 12-million birds were killed when the virus was detected in South Korea. Since then, there have been several outbreaks around the world.