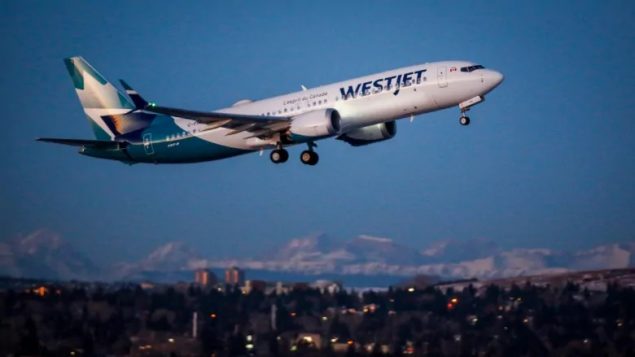 This Jan. 21 WestJet flight from Calgary to Vancouver was the first commercial flight of the Boeing 737 Max in Canada after the aircraft was cleared to fly again in Canadian airspace earlier in the month. WestJet, Canada's second-largest carrier, announced Thursday it had cancelled orders for 15 of the planes. (THE CANADIAN PRESS/Jeff McIntosh)

In another indication that Canada’s beleaguered airline industry won’t be returning to anything resembling normal for a while, WestJet, the country’s second-largest carrier (behind Air Canada), said Thursday it had cancelled orders for 15 Boeing 737 Max aircraft.

The company said 27 of the aircraft are still on order and that it “remains committed to our 737 MAX aircraft.”

In January, WestJet was the first Canadian airline to return the Max to service, after Transport Canada lifted a nearly two-year grounding order for the aircraft in the aftermath of crashes in Indonesia and Ethiopia in 2018 and 2019.

WestJet now has three of its of its fleet of 14 Max planes back in service. 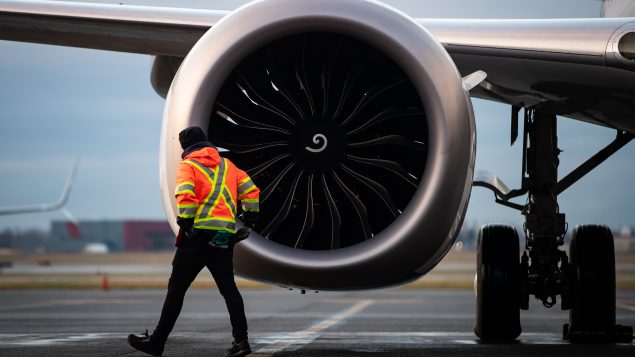 A ground worker walks past one of the engines on a WestJet Airlines Boeing 737 Max aircraft after it arrived at Vancouver International Airport in Richmond, B.C., on January 21. Despite cancelling an order for 15 of the planes the company says it
“remains committed to our 737 MAX aircraft.” (THE CANADIAN PRESS/Darryl Dyck)

WestJet was hit particularly hard by the Max’s grounding because the plane made up a large proportion of its fleet–forcing the company to shuffle flights and routes and postpone growth plans due to a lack of seat capacity.

As well, the grounding meant WestJet lost the use of its most fuel-efficient aircraft.

Like other airlines in Canada, and around the world, WestJet has been hit hard by the COVID-19 pandemic.

In January, WestJet and three other domestic carriers–Air Canada, Sunwing and Air Transat–agreed to a federal government request to suspend air service to Mexico and Carribean destinations until April 30.

That announcement came the day Prime Minister Justin Trudeau announced that travellers returning to Canada would have to quarantine in hotels at their own expense.

Earlier this month, there were reports that the airlines and the federal government were on the verge of reaching a billion-dollar support package, but nothing has been announced as yet.