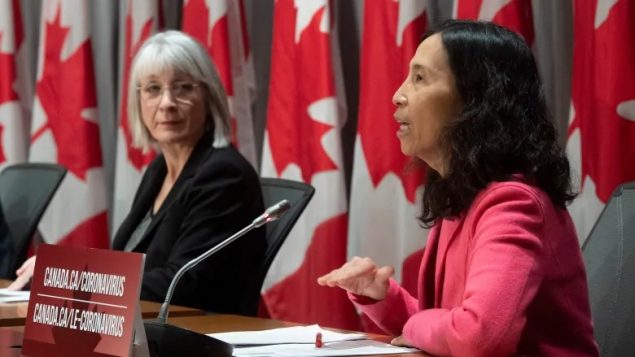 Minister of Health Patty Hajdu looks on as Chief Public Health Officer Theresa Tam responds to a question during a news conference in Ottawa on Tuesday. (THE CANADIAN PRESS/Andree Wyld)

Despite planning for a pandemic response since the 2009 swine flu outbreak, the Public Health Agency of Canada (PHAC) “was not adequately prepared” for COVID-19 and “underestimated the potential impact of the virus at the onset of the pandemic,” says Canada’s auditor general.

In a highly anticipated report released on Thursday, Auditor General Karen Hogan said the agency “was not as well prepared as it could have been” and had failed to resolve “long-standing issues in health surveillance information.”

National emergency plans that were supposed to be routinely updated and tested were not, aging technology was not replaced, mechanisms to gather and share surveillance data with the world, the federal government and the provinces were lacking.

“I am discouraged that the Public Health Agency of Canada did not address long-standing issues, some of which were raised repeatedly for more than two decades,” Hogan said.

“These issues negatively affected the sharing of health surveillance data between the Agency and the provinces and territories.” 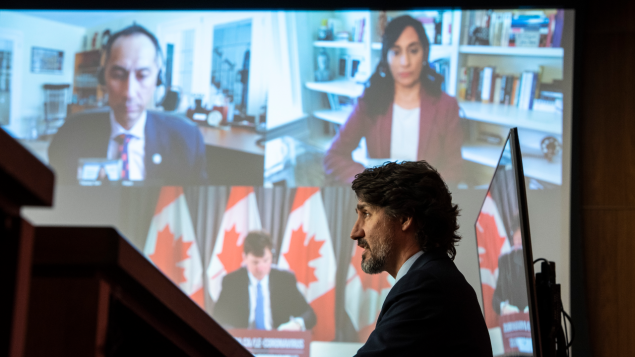 The agency’s Global Public Health Intelligence Network, the pandemic early warning system, did not issue an alert to provide early warning when the virus was first reported in Wuhan, China but did email a daily report to domestic subscribers with links to related news articles, the report said.

“Although the agency prepared rapid risk assessments, these did not consider the pandemic risk of this emerging infectious disease or its potential impact—information necessary to guide decision makers on the public health measures needed to control the spread of the virus,” Hogan wrote.

“Despite these gaps, we recognize that the agency quickly adapted the plans it had and continuously adjusted its response to COVID‑19 as the pandemic progressed.”

‘This pandemic is unprecedented’ 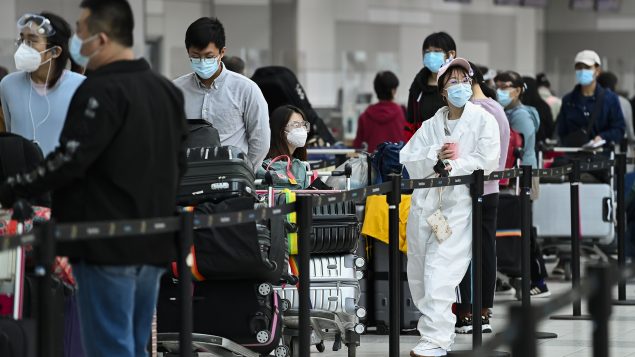 People line up and check in for an international flight at Pearson International airport during the COVID-19 pandemic in Toronto on Wednesday, Oct. 14, 2020. (Nathan Denette/THE CANADIAN PRESS)

“Of the individuals considered to be at risk of non-compliance, the agency referred only 40 per cent to law enforcement and did not know whether law enforcement actually contacted them. The agency had not contemplated or planned for mandatory quarantine on a nationwide scale and, as a result, had to increase capacity to verify compliance,” the report reads.

Speaking prior to the release of the report, Dr. Howard Njoo, the deputy chief public health officer, said the audit offers a snapshot of a particular moment in the pandemic’s trajectory and the agency has worked hard to address the problems.

“Certainly, this pandemic is unprecedented,” said Njoo. “We haven’t had a pandemic like this … in at least over 100 years.”

They weren’t perfect, but the circumstances didn’t allow for perfection and ensuring people had the help they need was worth the risk, Hogan found.

Nevertheless, she said, the government is on the hook.

Her audits flagged missed opportunities to make sure the money went where it was most needed. Her CERB audit noted that the Canada Revenue Agency could have used existing information on known fraudsters to flag problematic CERB applications.

The wage-subsidy audit noted the agency opted not to audit selected, problematic companies.

“At a time when we were asking people to stay home and flatten the curve, the CERB helped more than eight million workers and their families stay afloat,” they said in a joint statement.

Work is already underway to address the report’s recommendations, they added. A post-payment verification plan has been developed and initiated to ensure that those who received the benefit were eligible, they said.