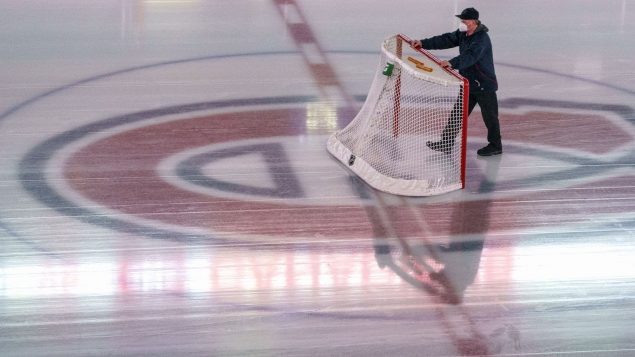 An employee slides a hockey net across the ice of the Bell Centre after the postponement of an NHL hockey game between the Montreal Canadiens and the Edmonton Oilers, in Montreal. Montreal Canadiens general manager Marc Bergevin confirmed on Thursday that one player on the team tested positive for COVID-19. (THE CANADIAN PRESS/Paul Chiasson)

Montreal Canadiens general manager Marc Bergevin confirmed on Thursday that one player on the team tested positive for COVID-19.

“There was one player that the test came back positive and there was close contact so the league didn’t want to take any chances and then we retested again and it came back [positive] again,” Bergevin said in a conference with reporters. “But so far I could tell you that it hasn’t spread so if we keep the same pace until Monday afternoon, we should be okay to come back.”

Bergevin later said that as of today there are no issues with the affected player.

Later that day, the NHL announced that the game between the Edmonton Oilers and the Montreal Canadiens was postponed. The decision to postpone the games was made by the league’s, the National Hockey League Players Association’s (NHLPA) and the teams medical groups.

It was the first time a game in all-Canadian North division had been postponed due to
COVID-19. 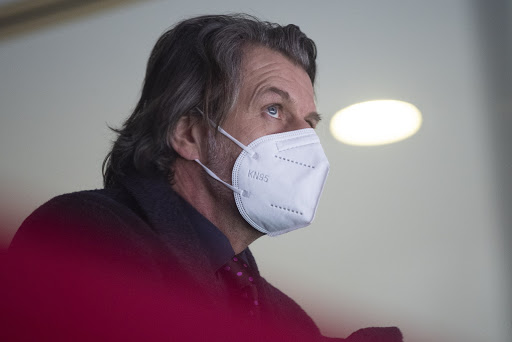 “In the North division it was pretty smooth until Monday and again if we really look at it, it’s one player that probably as we speak today, was affected,” Bergevin said. “So one player out of the whole division caused a shut down […] unfortunately it happened to us.”

The NHL also postponed the Canadiens’ games through Sunday, March 28. Pending test results, the Canadiens are expected to open their facilities for practice on March 29.