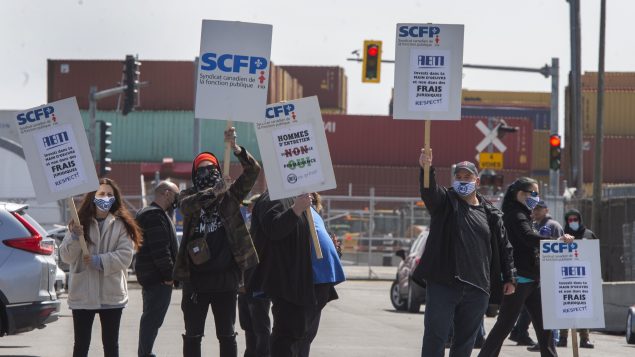 Port of Montreal workers picket on the second day of their strike Tuesday.The workers have been without a contract for over two years. The port, the second busiest in Canada, is at a standstill. (THE CANADIAN PRESS/Ryan Remiorz)

Canada’s federal government is moving to end a strike at the Port of Montreal after more than 1,100 workers walked off the job on Monday.

Debate is scheduled to continue today.

The dockworkers, who have been without a contract since Dec. 2018, walked out after their employer, the Maritime Employers Association (MEA), extended the workday by 100 minutes per shift without consulting them.

Workers at the port, which is completely shut down, began refusing overtime and weekend work earlier this month and staged a 10-day strike last August. 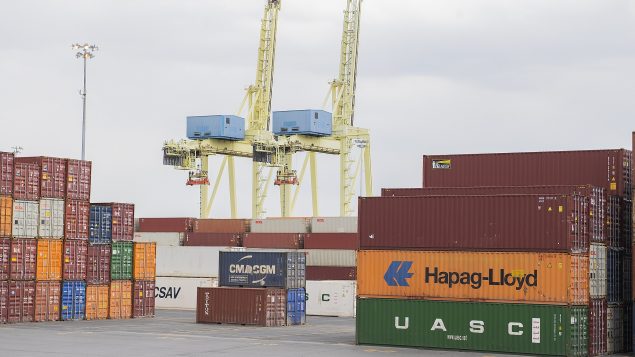 Shipping containers are shown on Sunday at the Port of Montreal where activity has come to a halt after workers walked off the job on Monday. The federal government tabled back-to-work legislation in the House of Commons on Tuesday. (THE CANADIAN PRESS/Graham Hughes)

The port is the second largest in the country–after Vancouver’s.

Tassi released a statement on Tuesday, saying the strike is affecting supply chains already impacted by the COVID-19 pandemic.

“My colleagues and I have been in contact with the parties on numerous occasions to urge them to work with mediators to reach a deal,” she said in the statement.

“All other efforts have been exhausted and a work stoppage is causing significant economic harm to Canadians — the government must act.”

Tassi said the parties could still choose to reach an agreement on their own terms under the legislation and the government was not taking sides.

The legislation, Bill C-29, would require employees to return to work after the bill passes and would also extend their previous collective agreement until a new one is negotiated. 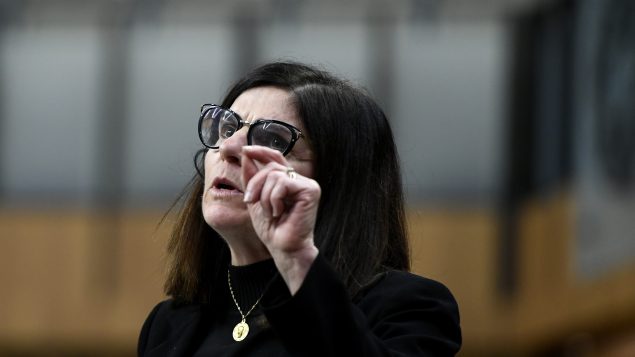 Labour Minister Filomena Tassi says in tabling legislation, the federal government wasn’t taking sides and that the parties can choose to reach an agreement on their own terms. (THE CANADIAN PRESS/Adrian Wyld)

It would also prevent any strikes or lockouts until a new agreement is signed and impose a mediator-arbitrator on both parties if negotiations fail again.

“We know there are ships, currently with COVID-related products, pharmaceuticals and medical equipment, that now cannot get through,” Tassi said, calling the strike “literally a matter of life and death.”

It appears certain the bill will pass the minority House.

Both the NDP and the Bloc Québecois oppose the bill, but the Official Opposition Conservatives support it.

“Canada’s Conservatives believe that a general strike at an essential port should be avoided during a pandemic for the good of Canadians, Tory Leader Erin O’Toole said in a statement.

“Fundamental rights are being violated. It is shameful for a government that calls itself a defender of the middle class,” Marc Ranger, the Quebec director of the Canadian Union of Public Employees (CUPE), said in a news release.

The Canadian Federation of Independent Business and four other business associations mainly based in Quebec welcomed the proposed legislation.

“Although we believe that a negotiated agreement is the preferred avenue, after 30 months of uncertainty and fruitless discussions, the government had no choice but to use the levers at its disposal to protect our economy,” the groups said in a statement.