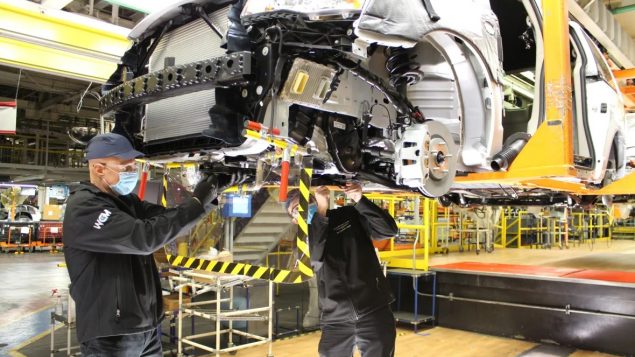 Two operators work on the underbody of a Dodge Grand Caravan at a Windsor Assembly Plant in Windsor, Ont. last May. New data from Statistics Canada show the auto industry played a major part in boosting Canadian retail sales in February. (FCA/REUTERS)

New figures from Statistics Canada show that Canadian retail sales climbed in February–to $55.1 billion, a rise of 4.8 per cent.

The government recording agency said the rise was boosted by sales at new car dealerships, gas stations and clothing stores.

The agency also said its preliminary estimate for March suggests a gain of 2.3 per cent for the month, but cautioned the figure could be revised.

TD Bank economist Ksenia Bushmeneva said the February rebound–and the likely one in March–was due to an easing of restrictions aimed at slowing the spread of the pandemic. 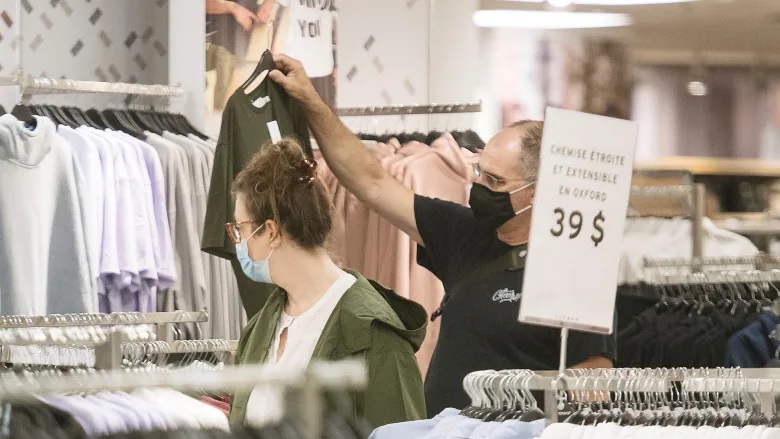 Boosting core retail sales in February was a 6.1 per cent gain at general merchandise stores and a 23.7 per cent jump at clothing and clothing accessories stores, the first gain for the category since September 2020. (THE CANADIAN PRESS/Graham Hughes)

But with the increase in the spread of the more transmissible variants, resulting in lockdowns in many places across the country, it appears the increase may very likely slow.

“Progress,” Bushmeneva wrote in a report, “remains highly dependent on the path of the virus, which has since taken a turn for the worse as a vicious third wave led to higher caseloads and hospitalizations.”

“Recent spending and mobility data suggests that retail sales are likely to weaken once again in April amid renewed restrictions and stay-at-home orders,” she wrote.

“Accordingly, another good gain is expected in March, but April will see a big-time reversal with restrictions tightened in much of the country,” Reitzes said.

Boosting core retail sales was a 6.1 per cent gain at general merchandise stores and a 23.7 per cent jump at clothing and clothing accessories stores, the first gain for the category since September 2020, according to the report. 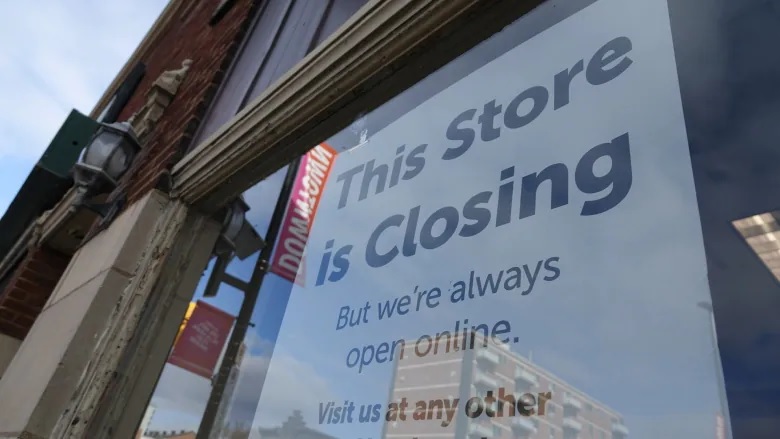 Canada’s economy shrank by the largest amount on record last year. It continues to fight its way back, but new shutdowns because of COVID-19 variants appear likely to slow the pace (CBC/Francis Ferland)

Last month StatsCan reported that retail sales declined for the second consecutive month, in January, falling 1.1 per cent to $52.5 billion.

It was the country’s worst year of economic output on record–as large parts of the economy were forced to shut down because of the pandemic.

It slowly began rebounding last summer, according to Statistics Canada.