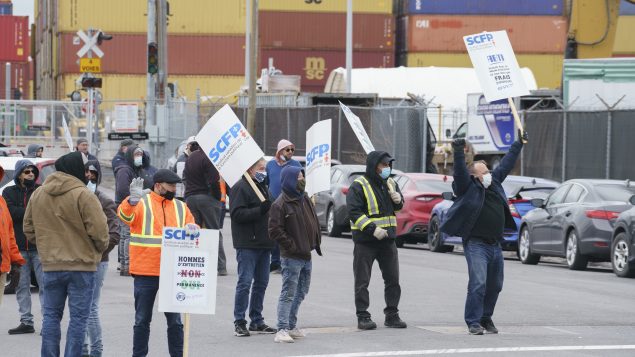 Dockworkers from the Port of Montreal walk the picket line Monday during the first day of their strike. Early this morning in Ottawa, the Official Opposition Conservatives joined forces with the minority Liberal government to pass back-to-work legislation that will end the strike that when some 1,100 dockworkers walked out that began after their employer, the Maritime Employers Association, extended their workday by by 100 minutes per shift without consulting them. (THE CANADIAN PRESS/Paul Chiasson)

The House of Commons has approved legislation to end a strike by over 1,100 dockworkers who walked off the job on Monday at the Port of Montreal.

The bill is aimed at reopening the port–after Vancouver, the country’s busiest–as quickly as possible to move millions of dollars of goods sitting in containers following the walkout.

About $275 million in goods pass through the port daily. 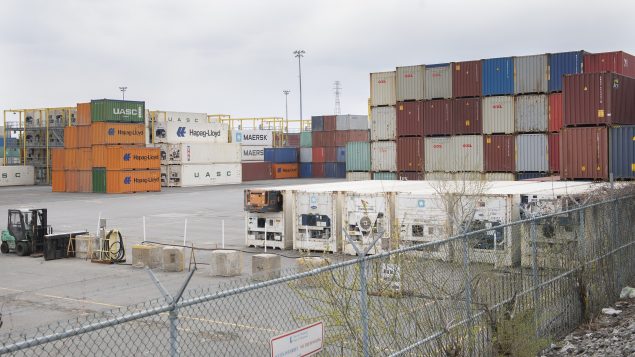 Shipping containers are shown on Sunday at the Port of Montreal where activity came to a halt  after workers walked off the job on Monday. Canada’s House of Commons passed back-to-work legislation early this morning. The legislation now goes to the Senate on Friday. (THE CANADIAN PRESS/Graham Hughes)

“The supply chains are critical and we have to keep goods moving. And this is really a situation where, for the health and safety of Canadians and the economy, we must take this action,” Labour Minister Filomena Tassi told the House in a debate that went long into the night on Wednesday.

Early this morning, the Official Opposition Conservatives joined with the minority Liberal government to pass Bill C-29 by a vote of 255-61.

Three Liberals joined members of the Bloc Quebecois, the NDP and the Green Party to oppose the bill.

The bill must now be passed by the Senate, which is scheduled to take it up on Friday.

The dockworkers, who have been without a contract since December 2018, walked out after their employer, the Maritime Employers Association (MEA), extended the workday by 100 minutes per shift without consulting them.

The legislation would require them to return to work immediately after the bill receives royal assent. 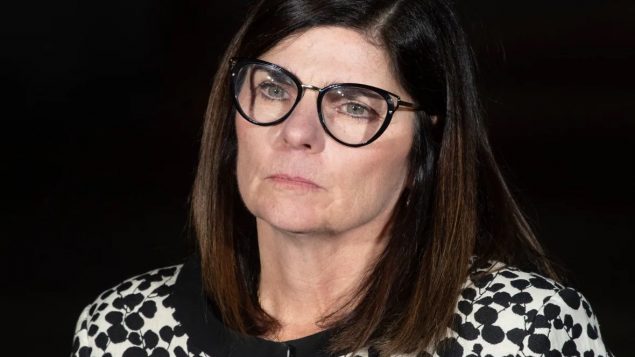 It would also extend their previous collective agreement until a new one is negotiated and prohibit any strikes or lockouts in the meantime.

If negotiations fail again, the bill would impose a mediator-arbitrator on both parties

Tassi told the House of Commons on Wednesday that if the strike was allowed to continue, it would cost the economy $40 million to $100 million per week, directly threatening 19,000 jobs and indirectly affecting hundreds of thousands of other jobs across the country.

Calling it a “matter of life and death,” she said the strike had left essential medical supplies and pharmaceuticals sitting in shipping containers.

“I cannot impress upon you enough, this situation is dire,” she said.

“The supply chains are critical and we have to keep goods moving. And this is really a situation where, for the health and safety of Canadians and the economy, we must take this action.”

Tassi said the back-to-work legislation was a last resort after more than two years of efforts to find a negotiated solution failed.