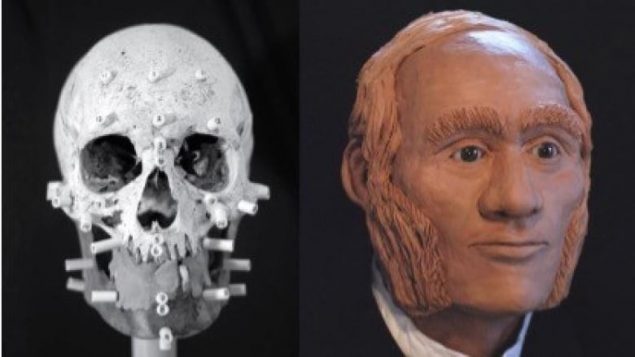 A facial reconstruction based on the skeletal remains of John Gregory, the first member of the 1845 Franklin Expedition to be identified, shows what the engineer aboard HMS Erebus would have looked like. (Submitted by Diana Trepkov)

Nearly three decades of research by Canadian scientists has led to the identification of the first member of the ill-fated 1845 Franklin expedition through DNA and genealogical analyses.

Researchers at Trent University, the University of Waterloo and Lakehead University who have been analysing skeletal remains of more than a dozen crew members recovered from King William Island in the Canadian Arctic have managed to not only identify one of the sailors but also trace one of his surviving descendants who lives in South Africa.

Led by Captain Sir John Franklin, a British expedition departed England in 1845 aboard two ships, HMS Erebus and HMS Terror and a crew of 129 officers and sailors, seeking to explore the Northwest Passage in the Canadian Arctic in hopes of finding a new and shorter route to Asia.

However, the expedition met with disaster after both ships became trapped in ice in Victoria Strait near King William Island, in what is today the Canadian territory of Nunavut. After spending more than a year aboard icebound ships, the surviving members of the crew abandoned Erebus and Terror only to perish later.

None of the crew survived the ordeal, resulting in the greatest loss of life event in the history of polar exploration.

But 176 years later, a DNA match has identified the skeletal remains of a sailor aboard HMS Erebus as Warrant Officer John Gregory, the first time genetics have been used to name any of the officers and crew. 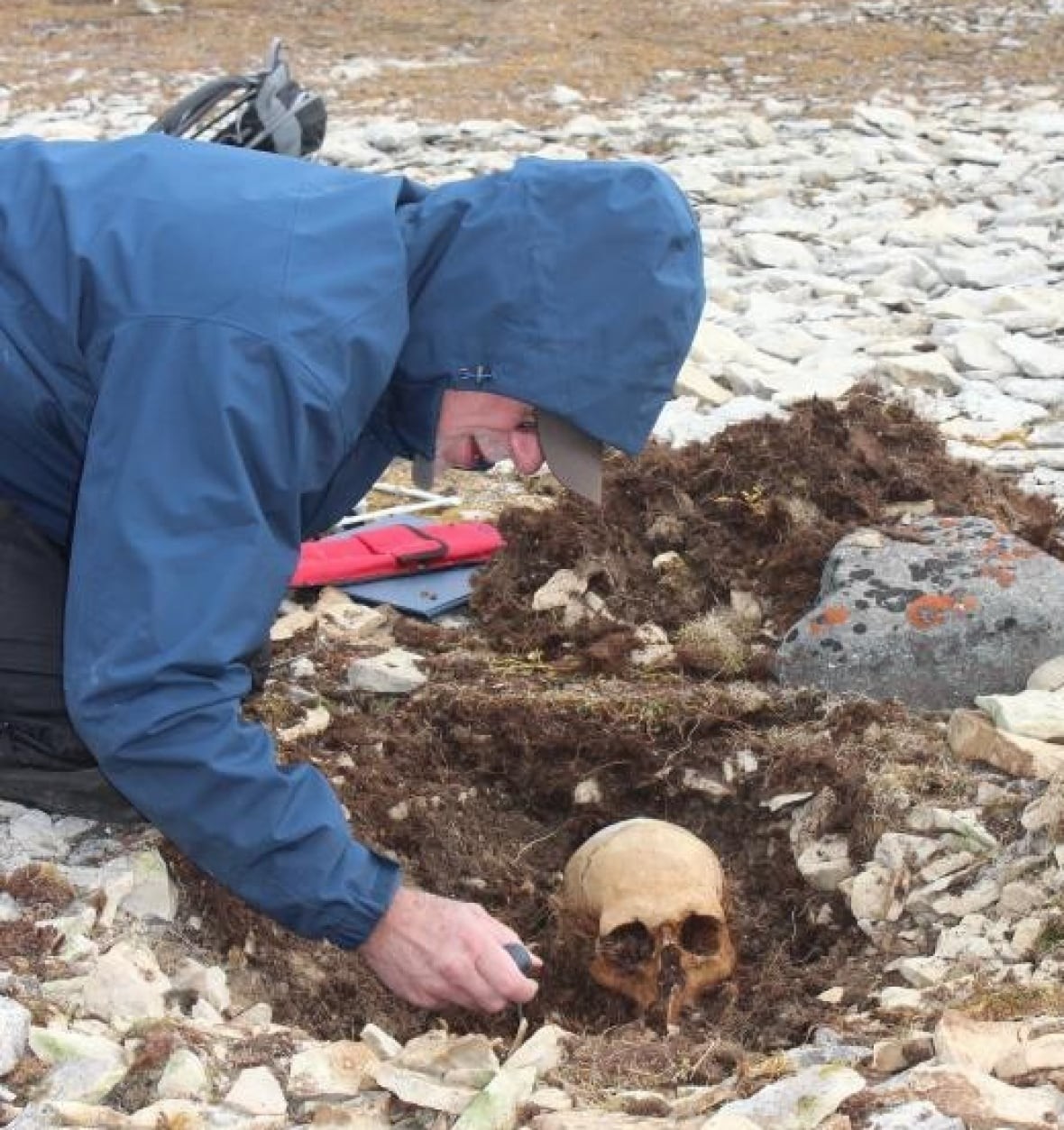 Douglas Stenton, an adjunct professor of anthropology at Ontario’s University of Waterloo, works to excavate the remains of an unidentified crew member of the 1845 Franklin Expedition through the Northwest Passage. Gregory’s remains were found in the same area. (Supplied by Robert W. Park)

“Our results matched a DNA sample obtained from one of his direct descendants and we now know that Gregory was one of three crew members who died at this particular site on King William Island,” Keenleyside said.

She has been researching the Franklin expedition since 1993. Keenleyside has analyzed skeletal remains of more than a dozen crew members recovered from King William Island to construct biological profiles that include information on age, sex, ancestry, stature, and features such as trauma and pathology.

Keenleyside was also involved in the facial reconstruction, by forensic artist Diana Trepkov, of two of the crania found at the King William Island site.

“Once we had this database, our next step was to seek out living descendants of the crew and ask them if they would be willing to submit buccal samples for DNA analysis to try and identify the remains found on King William Island,” Keenleyside said.

“We are truly grateful to the Gregory family for providing DNA samples in support of our research, and we encourage other descendants of the Franklin expedition crew to reach out to our team.”

Keenleyside and her colleagues recently conducted isotopic analyses of some of the remains to examine the geographic place of origin of each of the individuals.

“Our goal is to narrow down the possible identities of these individuals by comparing the place of origin data derived from the isotope analyses with the birth place data found in historical records,” said Keenleyside.