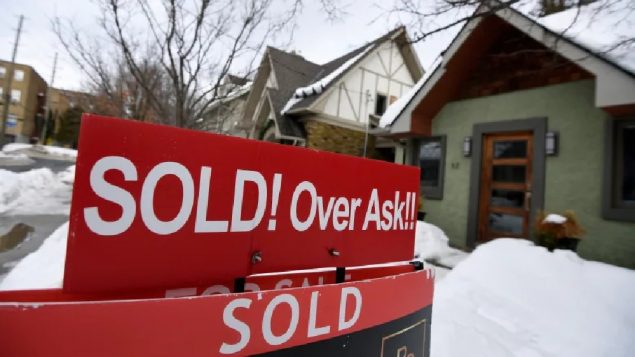 Sold signs indicated the price was above the asking price are now common throughtout Canada. This sign outside an Ottawa home iis from March 2021. According to the Ottawa Real Estate Board, the average price of a house in February 2021 was $717,914, up 27 per cent over the same month in 2020. (Justin Tang/Canadian Press)

It is a conundrum.

For years, literally, even decades analysts have been saying Canada’s housing market is overheated and the bubble will burst. For just as long, housing prices have kept on rising, but of late, even faster. This is especially true of the major urban centres, but thanks to COVID and thousands of people and businesses finding out that in a great many cases people can work from home, many are opting to leave the high priced hectic rush and buy in outlying areas while they work remotely from home.

A new analysis by the National Bank of Canada shows how average prices for houses and condos has been rising, and what people need in terms of salary and saving to be able to afford just the down payment. The average price in Toronto, one of the two red hot markets (the other being Vancouver) is now over a million dollars for what the bank labels ‘a representative house’, although bidding wars often push the actual sale price much higher. A small condo is now over $600,000 on average.

A CBC report in indicated that Statistics Canada, the federal statistics agency, stated the average worker salary in 2019 in this country is just over $53,400. The RBC index shows that it would take years to afford a down payment on a house or condo in major cities even with a household income of over $183,000. 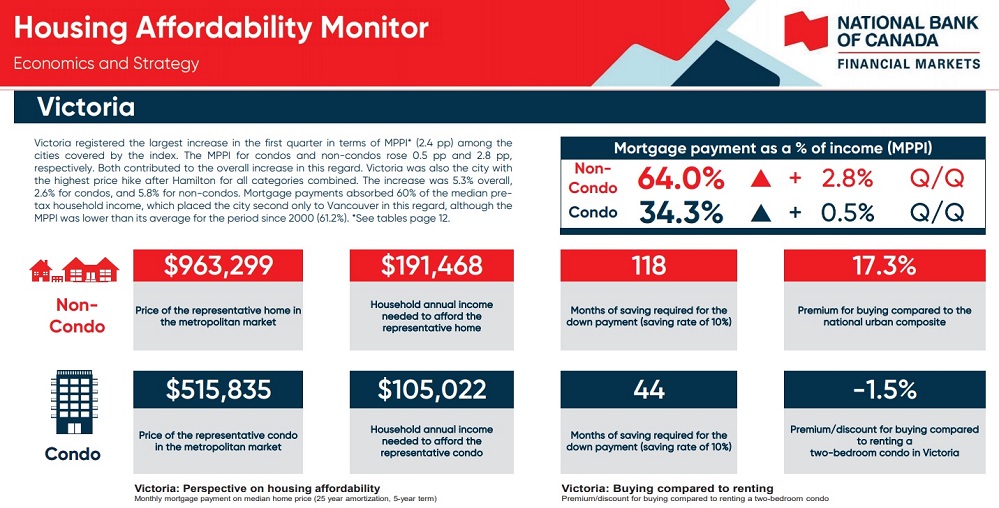 An example of the RBC affordability index for Victoria, on Vancouver Island, (RBC May 2021)

The RBC Housing Affordability Index, shows that in the first quarter of this year, affordability shows the sharpest decline in over two years.

Another survey, this one by the Royal Bank of Canada (RBC in March, found that well over a third (36%) of people under age 40 say theyèd given up dreams of owning their own home. Another 62 per cent felt that most people will be priced out of the market in the next decade. Those actually in the market were reported to be saving over $730 month towards the necessary  down payment of 20 per cent of the asking price.

The conundrum is that sales in spite of skyrocketing prices, are just as hot. 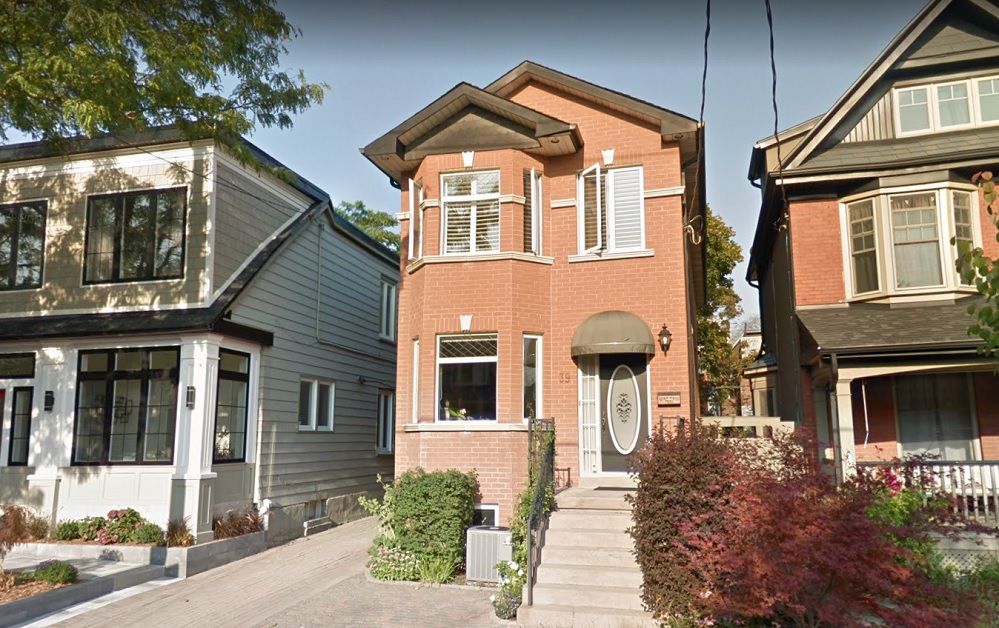 The Canadian Press reports the Canadian Real Estate Board noted sales in Calgary hit a record 462 per cent in increase in April. An example of the move by many out of cities into less hectic towns, is Canmore, about 2 hours drive west of Calgary into the mountains where home prices are now above a million dollars and sold within days of listing.

That same situation is being reported throughout the country: city housing prices, including even rents, are rising quickly, but so to are prices in areas outside the major cities. This is the case in so-called ‘cottage country’ where now many previous recreational properties are being bought as primary residences. 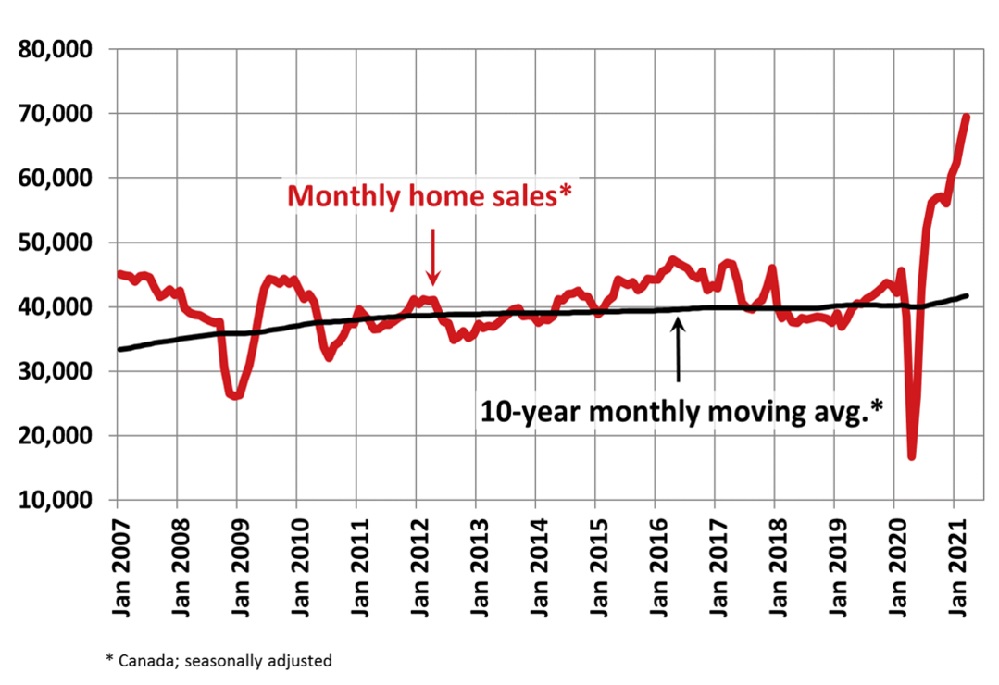 While the pandemic effect and remote working are said to be part of the reason for the hot sales, another is the exceptionally low interest rates on mortgages, and many are wondering what will happen when interest rates rise.