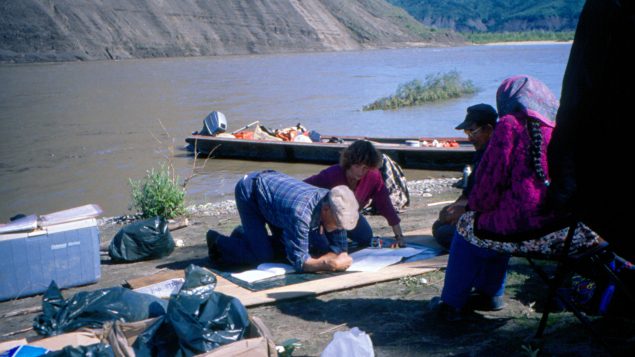 One of the collections is from the Indigenous The Gwich’in Tribal Council – Gwich’in Social and Cultural Institute (GTC-GSCI ) and is housed at the archives of Canada’s remote Northwest Territories. The collection represents 25 years of work to preserve and promote Gwich’in culture, language, history, archaeology, place names, land use, ecology, genealogy, ethnobotany and traditional skills. It honours the intent of the Gwich’in Elders to safeguard, preserve and provide access to this knowledge for the future.

River lot plans, created by Canadian government surveyors beginning in 1870, are said to be important documents in the understanding of the Métis Nation. (Library and Archives Canada)

The second collection is held by Library and Archives Canada and it holds plans of Métis river lots in what is now the western province of Manitoba. The Métis people were of mixed European and Indigenous heritage. The river lot plans, created by Canadian government surveyors beginning in 1870, are important documents in the understanding of the Métis Nation. They are said to be “invaluable to the entire Métis Nation because they show where Métis ancestors lived before their homeland was included in Canada. While these river lot plans do not include any Michif, they clearly show where this language originated in Red River and delineate the families that spoke this unique Métis heritage language.” 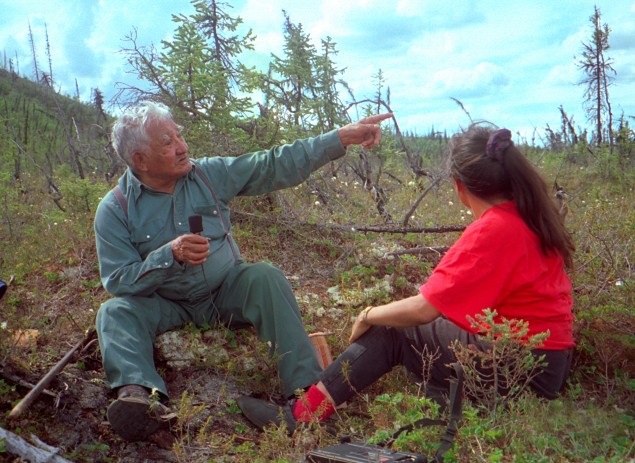 In June 1993, Hyacinthe Andre recorded and told stories to his daughter Alestine Andre (GSCI) about named places and travel through an important string of fish lakes located up Tsiigehnjik (the Arctic Red River). (Ingrid Kritsch, GSCI).

Commitment to truth, reconciliation and inclusion

Leslie Weir, Librarian and Archivist of Canada, said the addition of these maps is in line with Library and Archives Canada\s commitment to truth, reconciliation and inclusion of Indigenous peoples. “This recognition will help raise awareness of the vital importance the Métis Nation had in shaping today’s Canada while acknowledging the unfairness and discrimination they faced along the way. Learning about our collective past allows us to understand the present so that we can continue to build a better country for everyone.”

While the Canada Memory of the World Register underscores the importance of preserving documentary heritage, it also seeks to make these collection accessible to students, researchers and the public.