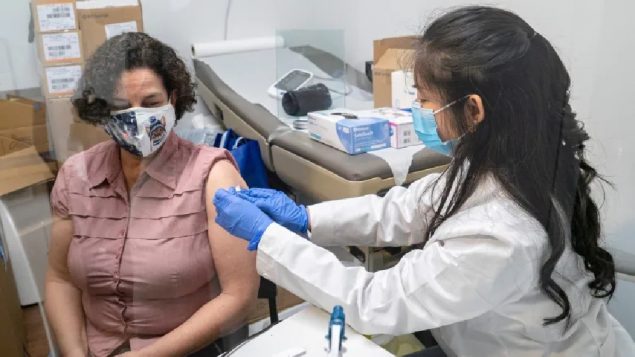 A woman gets a dose of the AstraZeneca COVID-19 vaccine in Toronto Wednesday, March 17, 2021. Ontario has announced that due to a slight risk of serious blood clotting and more availability of the mRNA vaccines, it will pause administering the AZ vaccine as a first dose. (Sam Nar/CBC)

Covishield is the AstraZeneca vaccine made under licence in India.

The two Canadian provinces join the countries of Norway, Denmark and Iceland which have stopped administering the AstraZeneca vaccine.

Ontario is Canada’s largest province and the one with the highest number of COVID positive cases and the second highest death toll at 8,342 after Quebec with over 11,000 deaths.

The Chief Medical Officer for Ontario, Dr. David Williams, said on Tuesday the decision to stop administering the AstraZeneca as a first dose was due to an increase officials had noticed in the rare blood clotting side effect.  Although rare, the effects have been occurring anywhere from four to 28 days after vaccination. 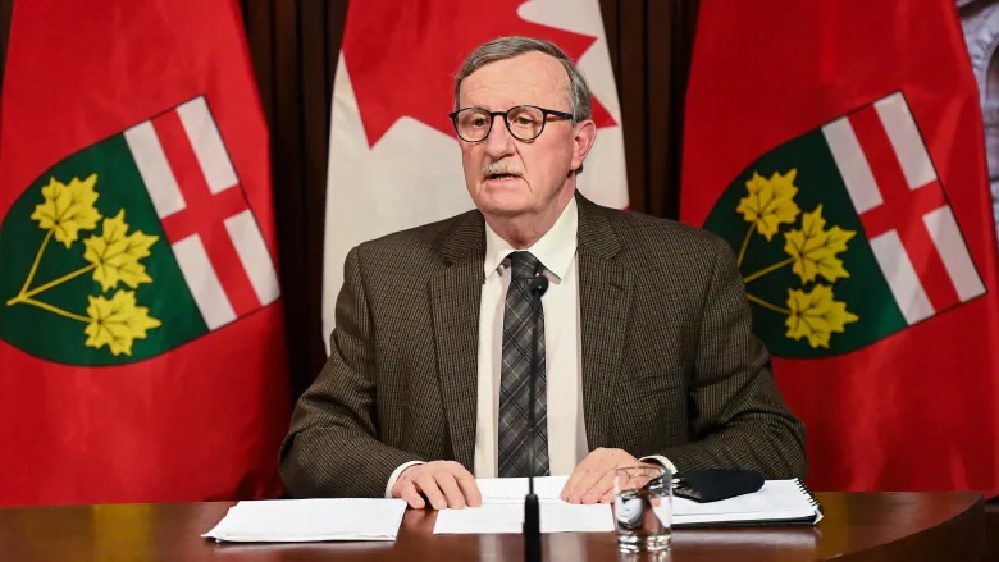 Dr. David Williams in front of the Canadian flag flanked by flags of Ontario, called a hasty news conference to explain the provincial decision to pause administering the AstraZeneca vaccine as a first dose. (Nathan Denette-The Canadian Press)

As of last Sunday, just over 651,000 doses of the AstraZeneca vaccine were administered, while over 202,800 doses of the COVISHIELD vaccine were administered in Ontario. There have been at least12 known cases of blood clotting in Canada, with eight of them in Ontario. There have been three deaths from clotting with what is known as Vaccine-Induced Immune Thrombotic Thrombocytopenia (VITT). All victims were women over age 50 with one in Quebec, one in New Brunswick and one in Alberta.

Medical officials in Ontario said the “safety signals”  of issues with the vaccine had increased from the typical 1 in 100,000, to roughly 1 in 60,000 doses. Therefore health officials at the Tuesday news conference said the decision to pause first dose use of AstraZeneca-Covishield was taken  “out of an abundance of caution”. 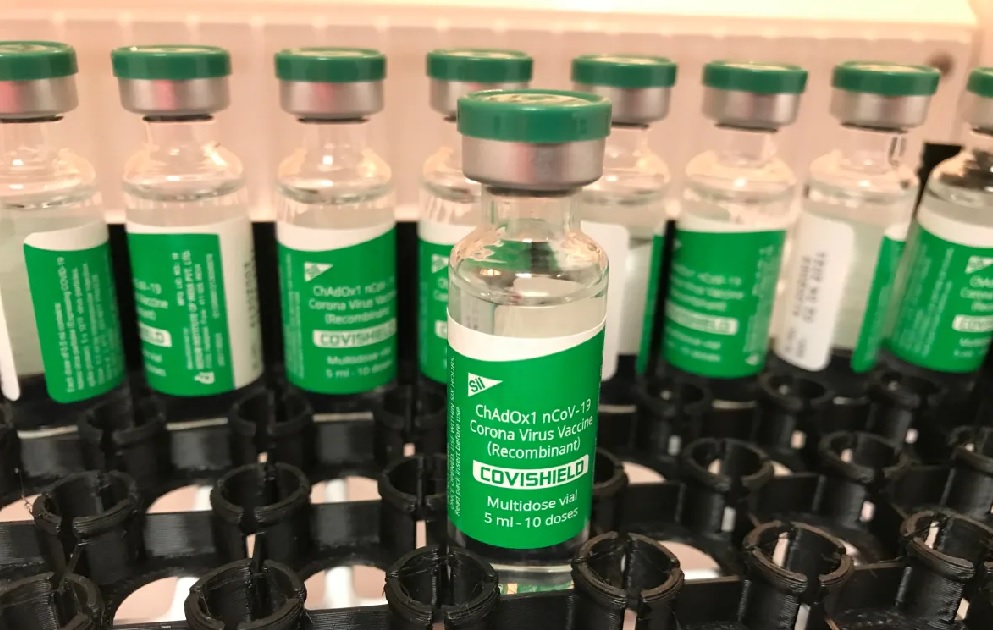 CoviShield is the brand name for AstraZeneca’s vaccine produced by its manufacturing partner in India. It has been administered to a lesser extent than the AstraZeneca vaccine ( Terry Roberts -CBC)

Medical experts say the type of clotting that has been seen in these rare cases is different from typical blood clotting problems and is more difficult to treat.

As in Alberta, part of the reason for the Ontario decision is also due to increased availability of the PfizerBioNtech and Moderna vaccines which are based on a new mRNA technology. There have been no reported cases of the serious VITT side effect with these vaccines.

Ontario still has about 50,000 doses remaining of the AstraZeneca vaccine.

The remaining stock will be used to give second doses.

A clinical trial is being conducted in Britain to determine the effects of using a different vaccine as a second dose.

Virtually all medical personnel insist that those who have already received the AstraZeneca vaccine made the right choice to get vaccinated as soon as possible. Now that the other vaccines are more available officials are saying the mRNA vaccines are preferable.

As to the continued use of AstraZeneca Andrew Morris, an infectious diseases doctor at Sinai Health and University Health Network in Toronto. says its still a very important tool in high infection areas.

Quoted by Post Media he said, “If we could get a billion doses of AstraZeneca to India, I would do it in a heartbeat, because so many people are dying. And yes, some of those people will die (from vaccine-induced blood clotting) but you’re going to be saving millions and millions of lives,”