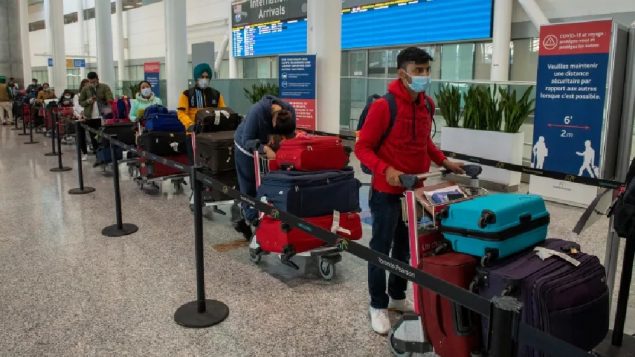 Passengers from New Delhi wait in long lines for transportation to their quarantine hotels at Pearson Airport in Toronto on Friday April 23, 2021. Canada's ArriveCan app, which allows travellers to register their arrival at the hotels, could be augmented to contain personal vaccine information, said Health Minister Patty Hajdu. (Canadian Press/Frank Gunn)

An international survey this month shows a majority of Canadians agree with the idea of a ‘passport’ showing the holder has been vaccinated against COVID-19. The survey also shows only about 4 in 10 Americans would support the idea, with an almost equal number against. 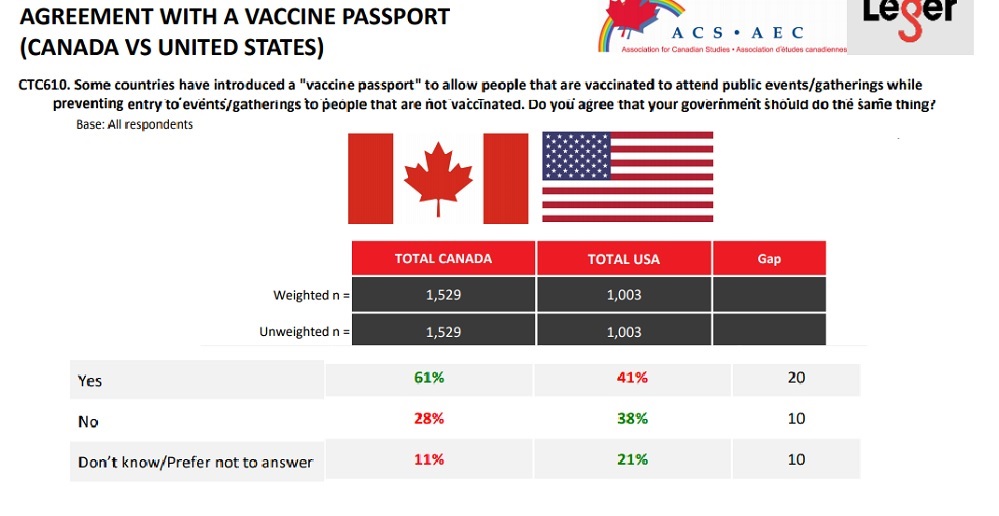 The latest figures show about 40 per cent of Canadians have received at least one vaccine shot, and the Leger360 online survey found that three quarters of them (76%) said they would like a vaccine passport.

The survey also found a clear majority of Canadians felt that travellers into Canada should have a vaccine passport or proof of vaccination, as well as Canadian travellers themselves whether flying domestically or internationally. There was also majority agreement that access to public gatherings such as reataurants, sports events, concerts etc., be limited to those with proof of vaccination. While a majority of Americans agreed with the first two situations, the percentages were much lower.  Less than half of Americans (48%) agreed to the latter situation. 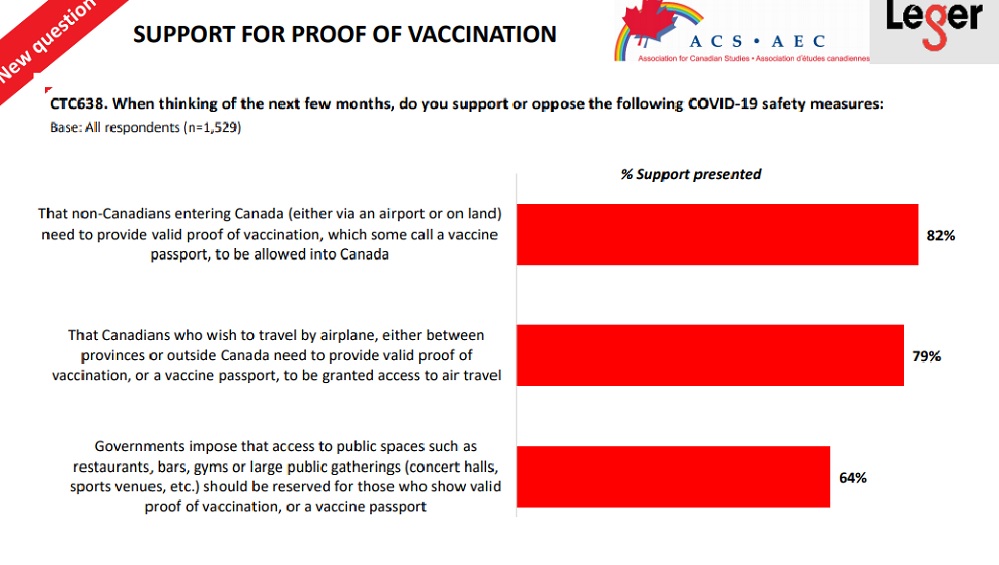 A majority of Canadian respondents also felt that private businesses should be able to require proof of vaccination. Less than half of Americans agree with this. 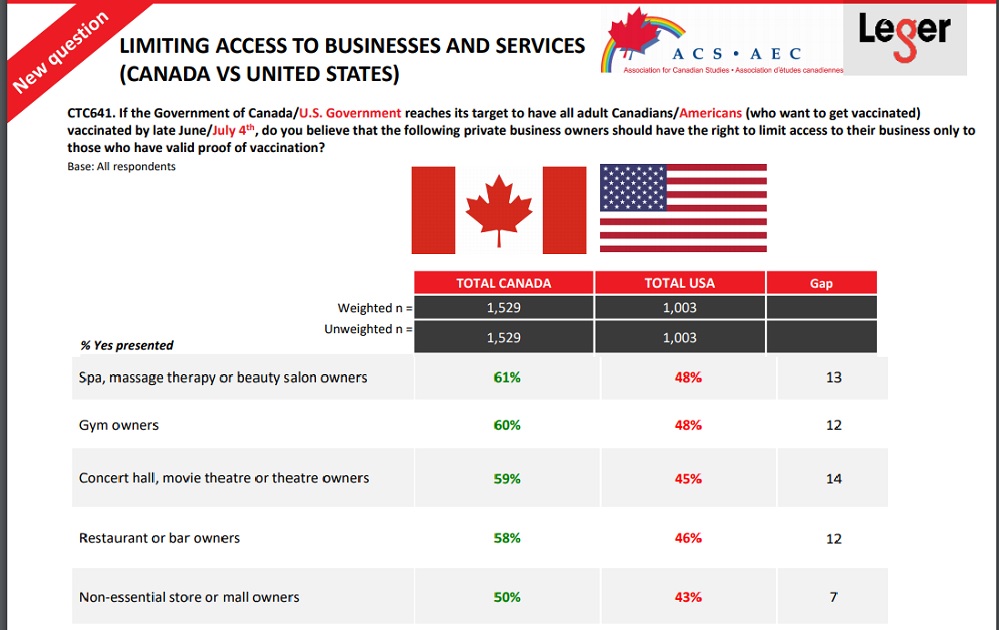 Canada’s Prime Minister, Justin Trudeau has said the federal government would not create a vaccine passport for Canadians, but in reality that might be a moot point if other countries require it for entry and if many businesses here so as well.  Trudeau recently said the issue is being discussed with partners in Europe.

The idea however seems to be likely and in spite of any objections over privacy concerns.

Health Minister Patty Hajdu said the government “embraces” the idea, while at a video news conference Trudeau said, “Anything we can do to encourage people to get vaccinated is going to be important. That’s where the idea of proof of vaccination for different services or better access is something to look at. When it comes to the privacy aspects of proof of vaccinations, vaccinations aren’t just about protecting the individual. They’re about protecting all of society”. 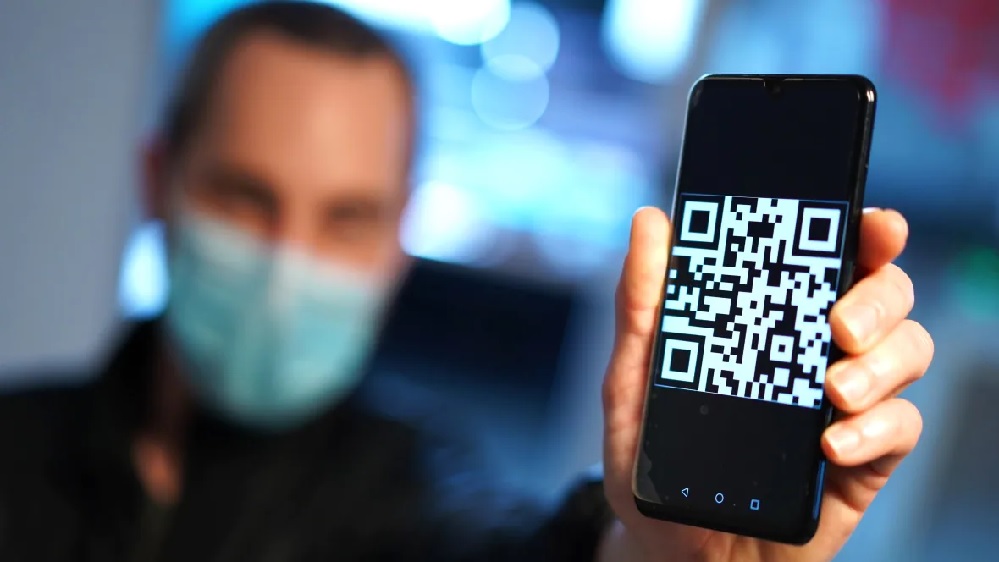 Starting Thursday, Quebecers will have the option of receiving a QR code as proof of their COVID-19 vaccination. (Sylvain Roy Roussel/CBC)

Several universities in the U.S. are already requiring proof of vaccination before students can return to campus, while in Canada some have said they will not require proof while others are still evaluating their position.

Although many levels of government are trying to avoid the word, Quebec will issue the electronic QR code ‘passport’ this week to those vaccinated persons who want it, and  Canada’s Yukon territory is working on creating a ‘functional’ vaccine passport , Yukon residents who can prove they are vaccinated can leave and return without isolation restrictions, by signing a waiver allowing officials to have access to their medical records.

As to being optimistic about the coming year, here Canadians and Americans were almost the same with 55 and 54 percent respectively saying they were optimistic.