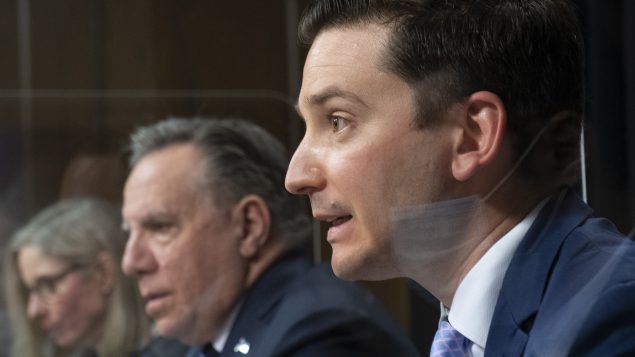 Quebec’s Coalition Avenir Québec majority government has tabled much-anticipated–and controversial–legislation that it says will strengthen and protect the French language in the province.

The proposed bill would revamp the province’s long-standing language legislation, known as Bill 101–first adopted in 1977 by the government of René Lévesque–that made over the linguistic rules of the province.

Justice Minister Simon Jolin-Barrette, the minister responsible for the French language, presented the update today in the provincial legislature.

The goal of Bill 96, he said, is to affirm that French is the province’s only official language and the common language of what he called the Quebec nation.

“The French language unifies us,” he said. 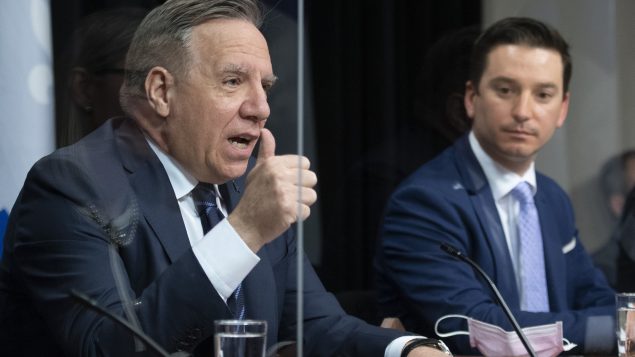 Legault, left, and Jolin-Barrette have expressed concern about the decline of the French language in Quebec. (THE CANADIAN PRESS/Jacques Boissinot)

The updated legislation contains more than 200 articles that affect the use of French in the workplace, tighten access to English schools and expand access to language classes.

As well, it seeks to change the Canadian Constitution to include a specific clause reiterating the Quebec nation’s French-language rights.

“For centuries, we’ve known that defending the French language is essential to the survival and development of our nation,” Premier François Legault told a news conference after the bill was tabled.

Studies released in 2018 by the province’s French-language watchdog, the Office québécois de la langue française (OQLF), found the French language was in decline in the province.

One study projected that the percentage of Quebecers who speak French at home will drop from 82 per cent in 2011 to about 75 per cent in 2036.

The second study examined language spoken in workplaces and found that a quarter of Montreal employees surveyed said they use French and English equally at work, and only 18.7 per cent said they speak French exclusively at work.

Following debate, the legislation is expected to pass easily.

The CAQ won a landslide victory in a provincial election in 2018 and continues to enjoy widespread popular support.