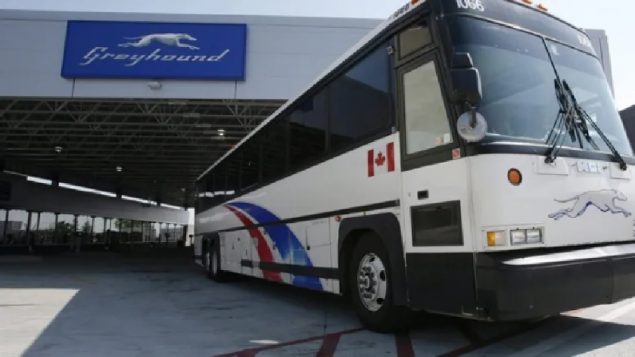 After ending all operations in western Canada west of Sudbury Ontario in 2018 due to falling revenues, Greyhound bus lines announced an end to all service in Canada effective immediately. (CBC)

After operating in Canada for nearly a century, Greyhound bus Lines announced yesterday all service in Canada would end immediately. Around 400 jobs will be lost in total.

The move is blamed on declining ridership but greatly worsened by the pandemic with its various official health requirements and by fears of the public or the close proximity with other passengers.

In 2018, the company ended all operations in western Canada and with the pandemic last year had to pause other service with the majority of unionized staff ‘temporarily’ laid off. That now becomes permanent along with several dozen additional jobs with this decision.

Greyhound Canada says it will now sell the stations it owns, and terminate leases in other facilities.

A statement signed by Stuart Kendrick, Senior Vice President, Greyhound Canada, said  in part, “A full year without revenue has unfortunately made it impossible to continue operations. Thank you to our dedicated staff for their commitment and service, and to our customers for choosing Greyhound Canada during better times.”

The statement also says it had tried to negotiate with provincial and federal governments to subsidies unprofitable routes to remote areas of the country saying, “Financial investments from governments for Canada’s inter-city bus sector have been negligible. Operations are not feasible absent of financial support”.

John Di Nino, National President of the Amalgamated Transit Union Canada, (ATU) says some 305 unionised members are now out of work. In a strongly worded statement  he blames the federal government for not stepping in saying. “The closure of Greyhound Canada today demonstrates that the Liberal government are abject failures when it comes to mass transit in this country. The collapse of Greyhound was not a foregone conclusion; this could have been avoided if our federal and provincial governments actually cared about those in remote communities who relied on intercity bus service. (…)The closure of Greyhound today further aggravates the isolation of communities that relied on the services and displays how the Liberal government really feels about them.”

The statement goes on to say that rural and Indigenous communities  are chronically underservice by public transit and that the public inquiry into Missing and Murdered Indigenous Women and Girls (MMIWG) mentioned the need for intercity bus service as one of the steps to reconciliation.

Canada with often huge distances has few options for intercity transport, especially to and from smaller centres and most especially to more remote towns and Indigenous communities.

Federal Transport Minister Omar Alghabra tweeted that they were aware many communities depend on the service and said he was disappointed at the decision. 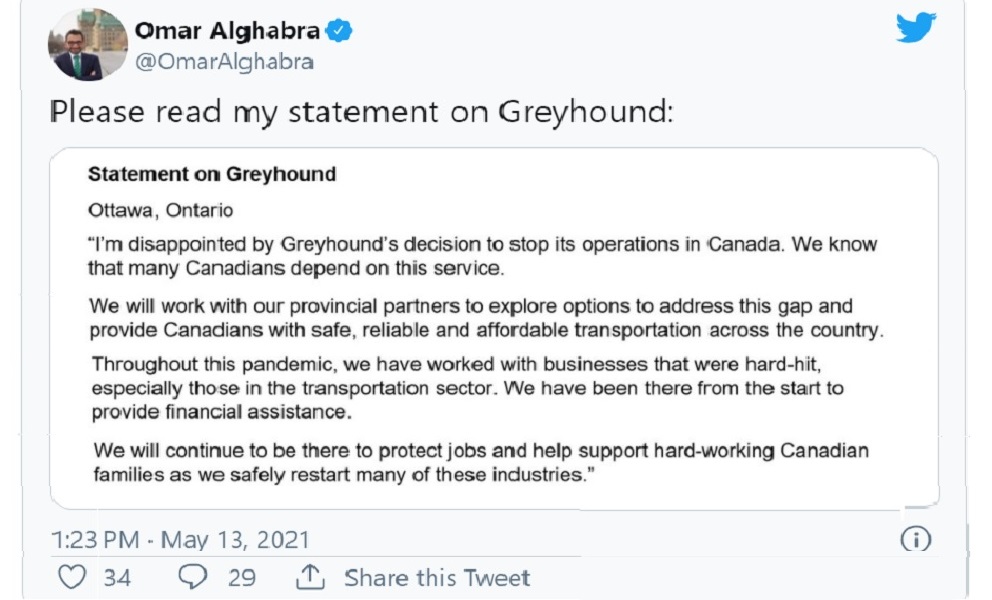 Officially known as Greyhound Canada Transportation ULC first began as a Canadian operation in British Columbia in 1929 later sold to Greyhound USA, and subsequently through other ownership to the current FirstGroup, a British multi national transport group.

Greyhound USA, which is a separate entity,  will continue to offer some service between major Canadian and U.S. cities.