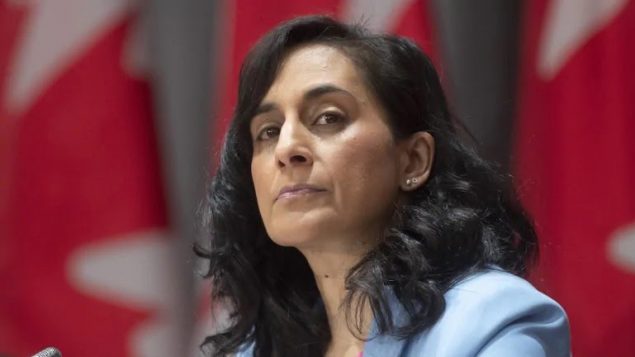 Canada has ordered million more doses of COVID vaccine than the entire population. Public Services and Procurement Minister Anita Anand said in March Canada would not share until every canadian is vaccinated, that may now change as supplies are rolling in. (Adrian Wyld/The Canadian Press)

Even as vaccinations proceed at a good pace in Canada, some new developments have raised questions not only about the AstraZeneca vaccine, but about administration programmes and possible surpluses.

Canada, like many nations was desperate for vaccines when they started to become available and ordered millions of dosses each from a variety of pharmaceutical companies, in fact, millions more doses than the Canadian population.  At one point Canada created a bit of backlash when it said it was taking a percentage of supply from COVAX, an international supply of AstraZeneca that was paid for by an international alliance, including Canada, that would ensure supplies for poorer developing countries

After a rocky start to procurement that left Canada far behind internationally, and the controversial COVAX issue, supply has now caught up and vaccinations have proceeded at great pace.

Canada is now expected to receive some 4.5 million doses of the Pfizer/BioNTech and Moderna vaccines this week. with thousands of AZ doses now left sitting in freezers, More than 650,000 doses of AZ also arrived last week which have yet to be distributed to the provinces. with another 1 million doses set to arrive by the end of June.

But word of rare but severe health complications with the AstraZeneca vaccine and three deaths from the blood clotting associated with that product has resulted in most provinces now having paused giving the AZ as a first dose. What will become of the vaccine is an unknown at this point. Over 2 million Canadians received a first shot of the AZ and can get a second shot of that vaccine if they choose.

Canada also has some 300,000 doses of Johnson & Johnson vaccine but which are being held back. This is due to concerns over the possibility they may be tainted because of issues at the Baltimore production facility. Testing of those vaccines could take weeks according to Health Canada.

Procurement Minister Anita Anand said in March that no vaccines would be shared until all Canadians were vaccinated. Now with supplies of other vaccines pouring in, Anand has said discussions are underway about possibly returning the AZ to COVAX, telling Global News only that more will be said on sharing vaccines in the future.