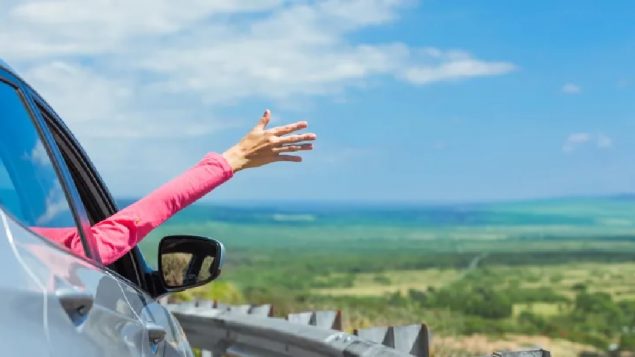 A new international survey shows ongoing hesitancy about vacation travel, and about sending athletes to the Tokyo Olympics this summer (Shutterstock)

This is now the second summer of COVID-19 and opinions on travel continue to be varied. Many insist travel restrictions must remain in place to combat spread, while many others indicate they’re getting fed up with restrictions

A new survey by Leger360 and the Association of Canadian Studies, in conjunction with the Canadian Press, examined travel plans and opinions about travel to the Olympics in Japan

The online survey of Canadians and Americans regarding summer vacation plans in the midst of COVID shows a majority of respondents to the online survey are still hesitant about vacation travel. 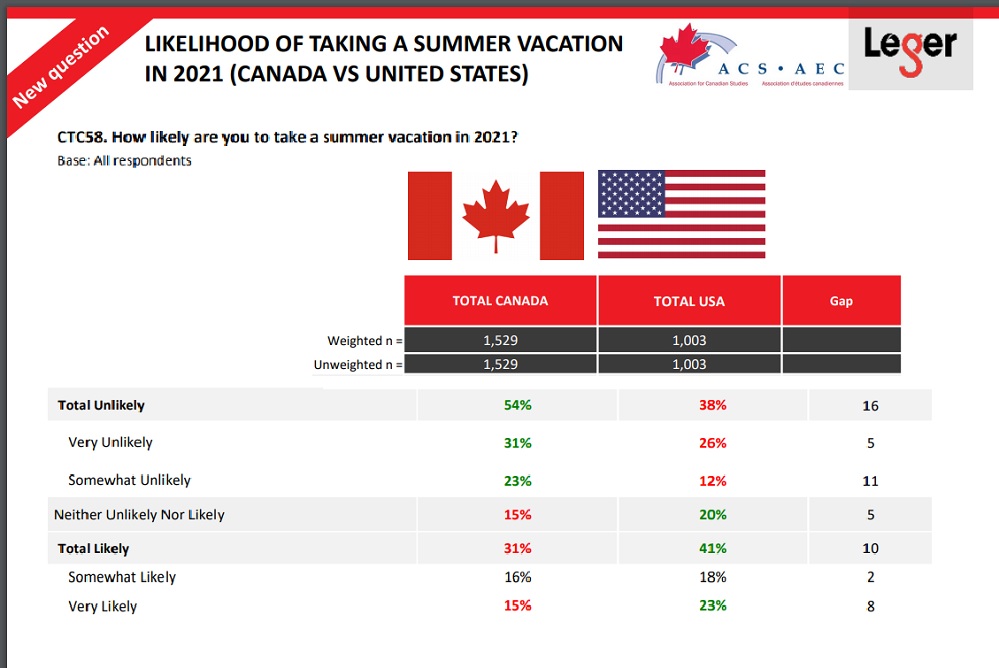 While those who say they will travel indicate local day trips for the most part, or limit travel to within their province or state, it seems Canadians are far more hesitant about travel to the U.S. than are Americans about visiting Canada. When asked when they would feel most comfortable travelling to the other country, the greatest number of respondents indicated not until 2022, (Canadians-57%, and Americans -32%) 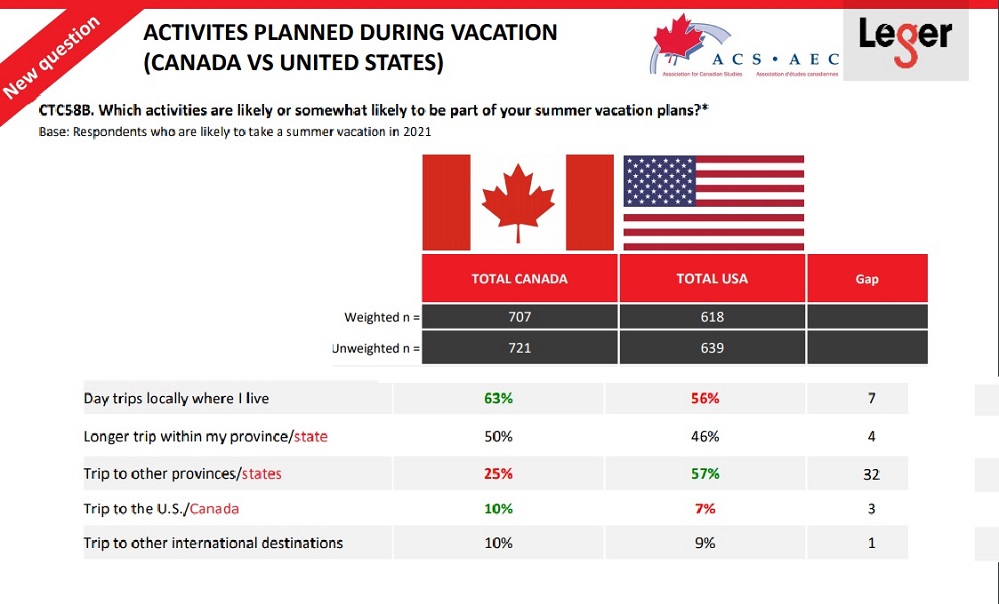 It should be noted that at the present time some provinces and states have restrictions limiting travel into the jurisdiction from residents from other provinces or states. At the present time, the U.S-Canada border also remains closed to non-essential travel. Perhaps of interest is the relatively significant number of Canadians who have no plans to ever travel to the U.S ( 19%) and Americans who will never travel to Canada (24%).

The summer Olympics, postponed from last year seem to proceeding and will take place in Tokyo in July. As to whether each country’s athletes should be allowed to compete, a majority of Americans say yes, while a slim majority of Canadians agree. 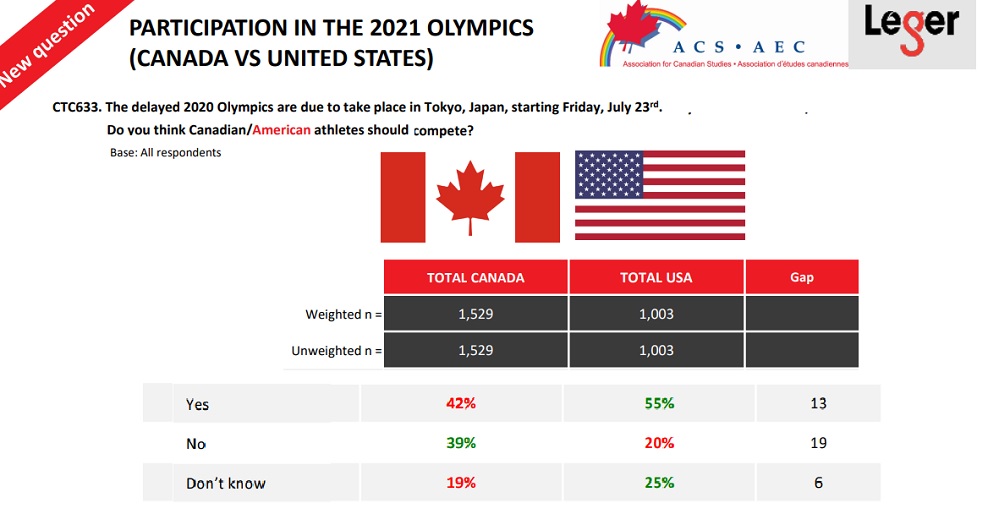 The Canadian response is somewhat surprising since a subsequent question on whether it is ‘safe’ for Canadian athletes to travel to Tokyo and compete found a majority saying no, (46%) compared to those who said it was safe (35%). However, U.S respondents had a different view and more in agreement with the earlier question with a majority saying it was safe (51%), compared to a much smaller percentage saying it wasn’t (22%).

Respondents all agreed that athletes competing should be given priority to vaccines (Canada-61%, U.S-58%)