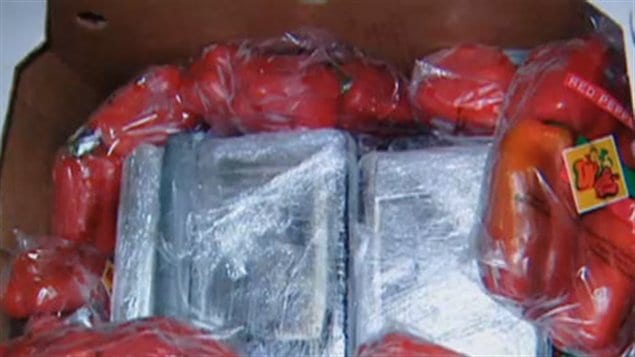 Border agents have been finding more and more cocaine hidden in fruits and vegetables in trucks coming from Mexico.

In recent years, at least a dozen truckers from the Greater Toronto Area have been charged with smuggling drugs into Canada.

Richard Pollock has prosecuted many of the cases involving, which he says have involved millions of dollars of cocaine being moved on trucks headed to Canadian destinations.

In one of the most recent cases, a Mississauga man has been accused of trying to import $10-million worth of cocaine into Canada. It was found inside a shipment that was sent from California.

In Windsor, Ont., another man from Peel Region is currently on trial for attempting to smuggle 69 kilograms of cocaine into Canada, which is estimated to be worth $7-million on the street. His trial began Tuesday.

“All the cocaine in Canada, pretty much, likely comes via Mexico at this point and time. And so, yes, we’re not as far away as we really think from illicit activity south of the U.S. border,” Pollock said.