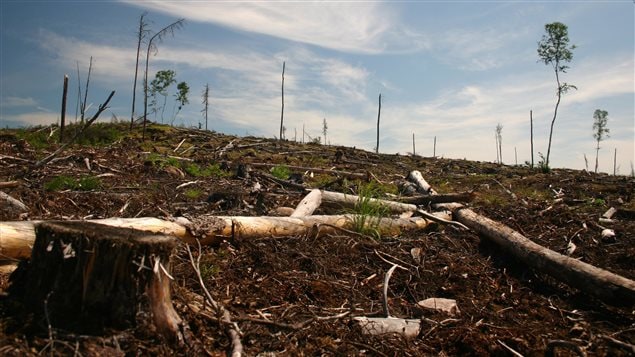 Grassy Narrows 12 year forestry blockade to be challenged in 2015

Grassy Narrows, the First Nation community in north-western Ontario, is getting ready for a challenges in 2015.

The Women of Grassy Narrows issued a statement yesterday honouring the 12th anniversary of the longest-running blockade in Canada.  The community established the blockace in an effort to protect their land and way of life from clear-cut forestry practices.

We are a land-based people

In 2012, however, the Supreme Court of Canada upheld the Ontario government’s right to allow industrial logging on a First Nation’s traditional lands.  Grassy Narrows intends to continue their protest.

Judy Da Silva, a clan-mother and one of the Women of Grassy Narrows, said, “We are a land-based people”.  She said the blockade began when logging got closer to their reserve destroying the hunter’s trap-lines.  Added to this was the fallout from mercury poisoning in the community that resulted from a dump of mercury.  She says they had had enough.

“Nine thousand kilograms of methyl mercury was dumped in our river system and I feel like the way the mercury disability board is operating really dishonours my people,” Judy DaSilva said in September at a Reserve meeting with Japanese mercury experts.

Like many in the community, DaSilva now uses a cane to walk and has lost sensation in part of her face.  Meanwhile logging is expected to resume in the spring of 2015 but the community is braced for the challenge.