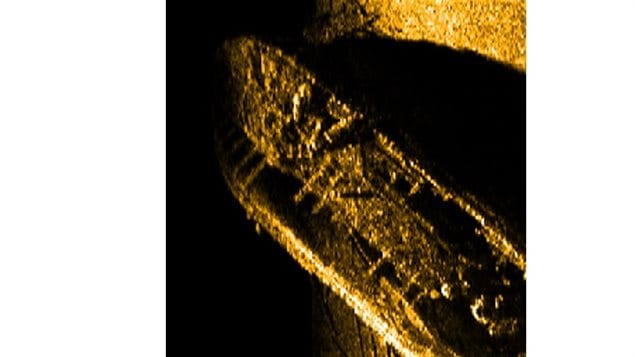 Led by Sir John Franklin, a three-time experienced Arctic explorer,  the 1845 mission of the two ice-strengthened and heated Royal Navy ships, HMS Erebus and HMS Terror, was to complete passage and mapping of the fabled “Northwest Passage”.

However, this fourth trip was to be Franklin’s last, as he, the 128 crew, and the two ships were never seen again, in spite of a massive, multi-year search missions in the immediate years following, and in subsequent decades.

In recent years, Canada had taken a concerted high-tech effort to find the ships. Somewhat by accident, one of them was found in September last year and later identified as HMS Erebus.

Weather allowed only two days of diving by Parks Canada marine archaeologist divers at the time..

Next month however, a major military exercise in the north will combine military and archeologist divers on an extensive effort to further map and document the wreck.

In conjunction with Op Nunalivut, specialized military divers and marine archeology divers from Parks Canada, will together dive on the wreck of HMS Erebus to conduct further documentation and determine its state.

Canadian Navy Lt.-Cmdr. Stephan Julien said at a joint Parks Canada-Canadian Armed Forces press conference in Ottawa, March 6.  “We picked the month of April because at this time, it is likely that the ice will be thickest,” he said.  “We’re looking at approximately seven feet [two metres] of ice that we’re going have to drill in order to conduct the diving operations.

Diving under the ice in a case like this has many advantages. The ice acts as a barrier to surface weather conditions so that waters around the wreck are more calm which means visibility will be better.

The ice’s stable platform also allows diving teams to use “specialized equipment, that normally underwater we wouldn’t be able, or it would be more difficult to bring because we would need a large vessel,” Lt.-Cmdr. Julien said.

“On the ice, we can bring in that specialized equipment, establish a camp directly over the site itself and extend our diving hours,” he said.

The divers will record detailed three-dimensional exterior and interior views of the wreck using laser technology.