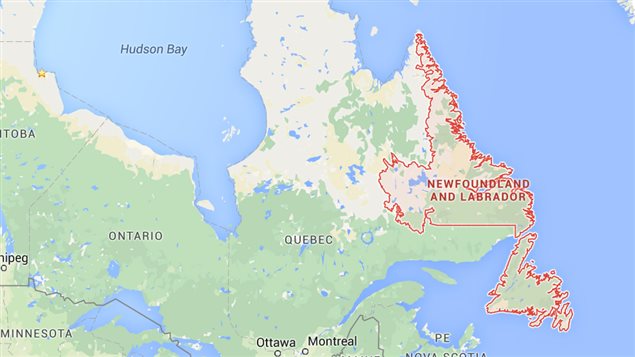 Newfoundland (including Labrador) became the tenth province of Canada on March 31, 1949. In 2001,the province name was officially changed to become Newfoundland and Labrador
Photo Credit: google

Canada is often said to be a young country, and it’s final addition after the Second World War attests to that fact.

Newfoundland was England’s first possession in the “new world”, and the final province in Canada.

Having been visited by fishing boats and crews from Europe who set up temporary summer camps for more than a century, England decided in 1583 to claim the island permanently and from about 1610 onwards set about to establish permanent colonies.

Wars back and forth between British and French in Europe and on the island continued until the Treaty of Utrect in 1713, when Britain gained full control of the island.

However, that was not the end of fighting which saw more conflicts among British, French and Spanish for the control of the valuable fishing grounds around the island including a failed French attempt to land and take over the island in 1762, known as the battle of Signal Hill.

The new country of Canada was just two years old when the colony of Newfoundland rejected joining in 1869 and again in 1892.

Newfoundland gained autonomy as a Dominion in 1907, but with very close ties to Britain remaining.

In 1927, Britain ruled in the longstanding dispute over the mainland area known as Labrador. It said that region would belong to Newfoundland and not Quebec.

However, during that same time, the self-governing Dominion was going through extremely hard times. The First World War had almost bankrupted the province, the Great Depression was just around the corner, and fish prices, a main source of income, were depressed.

In 1933, the government voted itself out of existence and the dominion became a ward of the British government ruled through seven appointed commissioners for 15 years.

After prosperity had returned with the Second World War, by 1946 Newfoundland wanted again to decide its own fate. The question for residents was to now whether to be independent, continue as a ward of Britain, or join with Canada, although a smaller faction suggested joining the United States.

Canada had long wanted Newfoundland to join confederation. When the Parliament Buildings in Ottawa were completed in 1927 after the 1916 fire had destroyed the entire centre block (except for the magnificent Library, stone plaques were erected over the entrance to the Victory and Peace Tower. There were ten of them, nine bearing the coats of arms of the provinces and one left bare to await the day when Newfoundland joined Canada.

With Canada’s wish on one side and a financially depleted Britain eager to divest itself of responsibility for the “colony”, and not eager for it to join the US, there were rumours of activity behind the scenes to tip Newfoundland towards Canada.

After an often bitter three years of debate in Newfoundland in which a first referendum with a number of options was not conclusive, residents voted in a second referendum between self-government or joining with Canada. By a narrow margin of about 4 percent, islanders voted to join with Canada.

Thus Newfoundland officially became the tenth and final province at 11:59 PM on March 31, 1949. Joseph “Joey” Smallwood who had led the campaign to join Canada was adamant the island would become a province before midnight on the 31st, and not on April 1 so that it could not be afterward claimed that it was an April. fool’s joke.

As leader of the “confederation” campaign Joey Smallwood,then became the province’s first Premier, who had said that union with Canada would put an end to the economic uncertainty of Newfoundlanders.

The Canadian encylopaedia entry notes that Smallwood’s imperishable achievement, according to his biographer Richard Gwyn, was that he persuaded a country to surrender its nationhood, voluntarily and democratically.

On December 6, 2001, an amendment was made to the Constitution of Canada to change the province’s official name to Newfoundland and Labrador