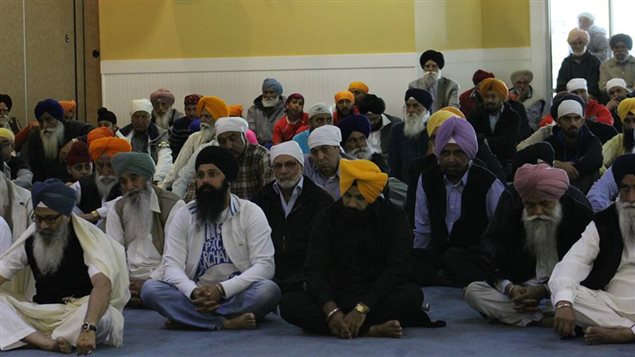 A community forum against drugs and violence was held Sunday (April 26) at the Gurdwara Dukh Niwaran Sikh temple in the Canadian Pacific coast city of Surrey following a series of shootings in a drug war involving Somali and South Asian gangs.
Photo Credit: Harpreet Singh

Another community gathering in the Canadian Pacific coast city of Surrey was held Sunday (April 26) to tackle the challenge of a drug war between Somali and South Asian gangs in the city.

Police, social activists, a former gang member, and others from the South Asian community met at the Gurdwara Dukh Niwaran Sikh temple to discuss what could be done.

There have been 22 shootings over the last six weeks in the city. The last one, a little more than a week ago, ended in the death of a young man.

RCI’s Wojtek Gwiazda spoke to one of the organizers of Sunday’s community forum, Harpreet Singh, to find out more.