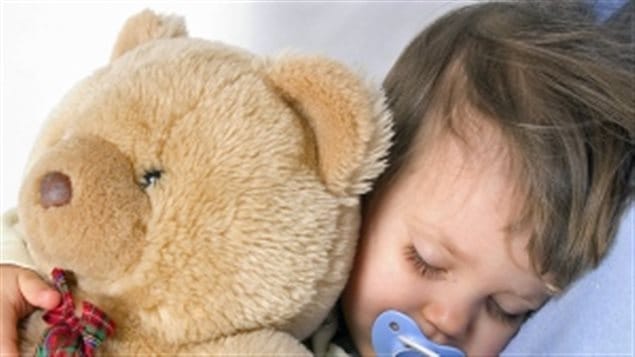 Sleep problems may be one of the symptoms of stress in children whose parents have divorced.
Photo Credit: iStock

Children whose parents have divorced are better off spending time with both than are those living with mostly or only one parent, according to a new study. As more parents in Canada and other western countries separate, there has been concern that children having to move between parents’ respective homes is stressful for them. The study from Sweden suggests that is not the case, and it may well apply to Canada which is a similar society.

Patterns of stress were measured through difficulties with sleep, headaches, stomach aches, lack of concentration, since children are not adept at describing their stress. Three groups of children were studied: those living with both parents in a nuclear family, those living exclusively or mostly with one parent, and those spending about half their time with each parent respectively.

“What they found was that was that the level of stress was lowest amongst children in the intact or nuclear families,” says Michael Boyes a child psychologist at the University of Calgary. “But the next one and not very far away from it were those children in the joint physical custody arrangements. And the highest levels of stress were seen in the families where the children were being cared for mostly or entirely by a single parent—one of the two parents.”

One home for children rarer, but good

Not included in the study was the rarer situation where the children stay in one home and the parents take turns living with them. Boyes says this appears to be good particularly for very young children who can stay near their schools, friends and neighbourhoods.

The well-being of children is of great concern in Canada, to the point that in several provinces, divorcing parents are required to take a course on parenting. The information in this study will be useful in finding ways to reduce the stress for children whose parents are separating.