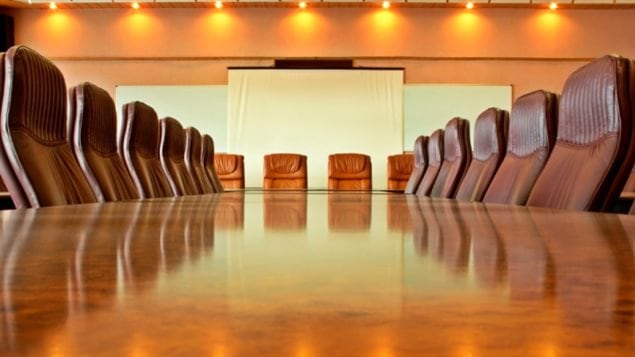 New research shows that company Boards of Directors, made up of CEO's and other high-positions, tend to inflate compensation packages for new CEO's in an expectation of getting the same treatment from their peers in the future.
Photo Credit: iStock via CBC

It seems that when we hear of CEO salaries, they are huge.  But, how do they get that way?

Two Toronto researchers noticed that CEO salaries in the past few decades have been increasing much faster than the general level of salaries and  they sought to find out why.

When you apply for a job, somebody higher up has set the salary and compensation level, but who determines the salary of the person at the top?  Well, usually the board of directors of the company.

It’s not quite a case of, “you are on my board, and I sit on yours, so if I give you a fat salary, you’ll vote a fat salary for me”.

But, it’s not that far from it either.

Professor Fei Song  notes that in the world of big business, the circle of top executives who sit on boards, is not that extensive and so this elite group forms a relatively close network.

She and her co-author devised a series of experiments with students to test the hypothesis that within a network of peers, there is a tendency to inflate the pay of others in this limited group with the expectation that somewhere down the line, their peers will reciprocate.

To test this hypothesis, the researchers devised experiments involving over 500 undergrad commerce students at the University of Toronto and Ryerson Univeristy.

In the series of experiments some students were designated as proposers ( ie the role of executives) and told they had control over money in an amount they were told in secret.  Others were responders (shareholders). The proposers were told they should divide the money between colleagues they work for,(i.e. the other proposers), and the responders.

The results showed that even though the “executive” group members were informed who the other executives were, they nonetheless invariably gave more money to their peer group, while giving less to the outsiders, (responders) by under-reporting the amount of money they had available to give them.

Thus the experiments showed this human tendency to favour “equals” or members of one’s group in the hope and anticipation that others in the group will in turn favour you, at the expense of the “outsiders”.

Professor Fei Song says there’s no direct conflict of interest in business situations because it’s rare that CEO “A” sits on the board CEO “B” and vice versa enabling an immediate direct benefit by inflating each other’s salary.

When the network of peers is expanded into several hundred any obvious signs of conflict become further obscured.

However, the researchers say  their findings suggest the same effect occurs regardless and that everyone in the network is likely to inflate the salary for each other.

Because of the perceived non-conflict, the shareholders don’t notice this effect of reciprocity within the upper echelons of management.  Professor Song says such indirectly reciprocal networks are often overlooked and difficult to track.

Professor Fei Song, whose research area is unethical behaviour in business settings, notes however that exorbitant compensation for CEO’s takes away from the company’s profits and thus adversely affects shareholders. She says giving shareholders more power to monitor board meetings and hiring deals would be a help.

The research was published in Vol 112 Journal of Economic Behavior & Organization, April edition under the title “You scatch his back, he scratches mine and I’ll scratch yours: Deception in simultaneous cyclic networks

The study, funded by the Social Sciences and Humanities Research Council of Canada, is published in the April issue of the Journal of Economic Behaviour and Organization.