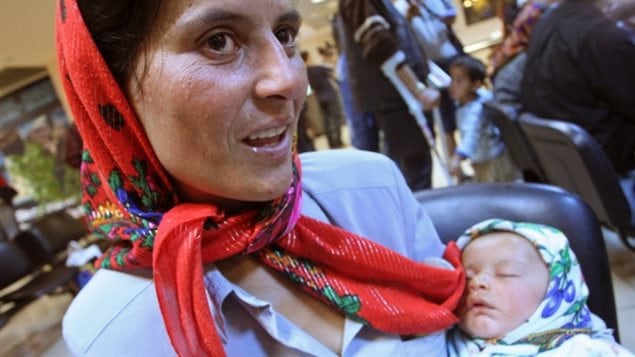 Refugees like the Roma from Hungary faced different rules because their country of origin is considered by Canada’s immigration department to be ‘safe.’
Photo Credit: Adi Piclisan/Reuters

Until yesterday, some people seeking asylum in Canada had less of a chance to appeal a rejection of their claim than did others. In December of last year, the government decided that refugees coming from a list of 27 countries it deemed to be “safe” would be subject to different rules. Their claims would be fast-tracked and they would have no right to appeal a negative decision to Refugee Appeal Division.

This last distinction was ruled discriminatory and in violation of equality rights guaranteed under Canada’s Charter of Rights and Freedoms by Justice Keith Boswell of the Federal Court. The judge said that the policy further marginalizes, prejudices and stereotypes refugee claimants from countries which are considered safe and not likely to produce refugees.

“That’s certainly the case for some of the people who are most affected by this designated-country-of-origin list, which is Roma from eastern Europe who face enormous discrimination in Europe and unfortunately also here in Canada,” says Janet Dench, executive director of the Canadian Council for Refugees.

The Canadian government will appeal the decision and asked the court to not enforce it in the meantime. Boswell refused, noting that there were very strong consequences for individuals because every day they are denied access to the appeal means they are not equal before the law, and because people could be facing removal to face persecution.

Like Canadians, people who do not have status in Canada have basic constitutional rights to life, liberty, security of the person and freedom from discrimination, according to a landmark ruling by the Supreme Court of Canada in 1985.

Dench says that should mean no difference is made in the way asylum-seekers from different countries are treated. “We would like to see the whole regime of designated countries of origin scrapped. We believe it has no place in our refugee system (and) that it is inherently unfair to treat people differently just simply based on their country of origin.”

In a separate ruling last year, the Federal Court decided that providing different health care to asylum-seekers from “safe countries” was unconstitutional.