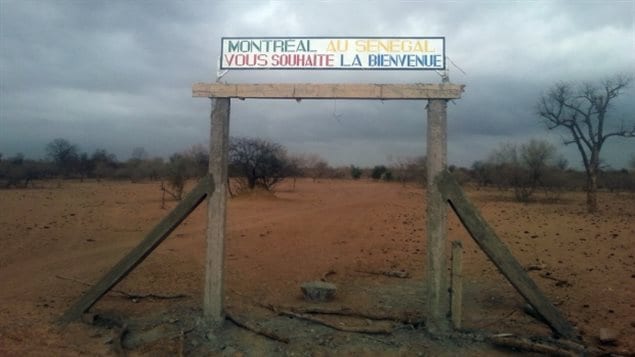 Montreal, Senegal, is a community of about 60 people at present
Photo Credit: Radio-Canada

Montreal, Senegal, in homage to the city in Quebec

Montreal in Senegal, is the newly-named official community in the West African country. This after the initiative of Gondiel Ka, a Quebecer who returned to his native Senegal after 30 years. From a family of rural farmers, Ka came to study at the Université du Québec in Chicoutimi.

In 1995, he moved to Montreal. “It’s a city that radiates on an international stage, and it means a lot to me. It’s where I built my professional life,” he said.

That name was made official by the Senegalese government this year.

In 2012, he named his family’s village in Senegal, “Montreal.” The name was made official this year. Described by the Senegalese government, as an “agropastoral” village, Montreal is a community of about 60 people surrounded by barbed wire.

The wire is essential for safety and prosperity, in order to keep monkeys, hyenas, wolves and other wildlife out of the fields, according to Ka. “There are also huts and brick buildings. Not to mention a little central square where villagers gather to sit in the shade and chat.”

There is no running water or electricity yet and access to health care is also a challenge. But the women will come first. “We have a plan to build a clinic for women who are pregnant, because in this area, the rate of infant and maternal mortality is staggering,” said Ka.

Ka’s own wife died in childbirth in Quebec. “Building the clinic is our new project,” said Ka’s daughter Amy, “a health centre in honour of my mother.”

“Building the clinic is our new project,” said Ka’s daughter Amy, “a health centre in honour of my mother.”

Denis Coderre, the mayor of Montreal, said he was moved by the homage to the city. “It shows us there’s a magnificent cultural diversity in Montreal,” he said.  When he met the Ka’s, he asked for tips on how to run his Montreal.

“What are you doing about potholes?” Coderre asked Ka. Montreal is often described as the “pothole capital of Canada” particularly at the end of winter with the spring thaw.  There are,however, several other Canadian cities who could vie for the title!