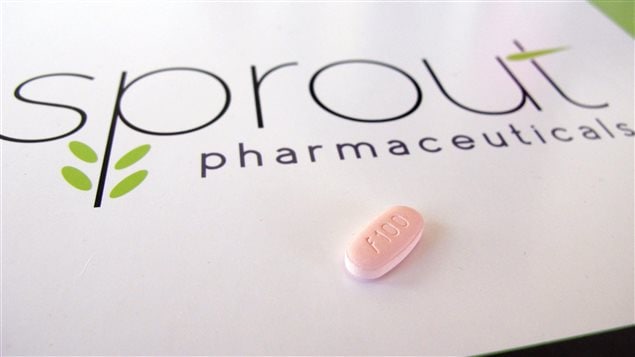 Valeant Pharmaceuticals, Canada’s largest drug company, is buying the U.S. company that received approval this week, to market a drug that claims to improve sexual satisfaction in women. Quebec-based Valeant will pay about US$1 billion in cash plus a share of future profits to buy Sprout Pharmaceuticals, Inc.

Dr. Lori Brotto, associate professor of Gynecology at the University of British Columbia in Vancouver, says it was just a matter of time until someone snapped up Sprout, the small company based in Raleigh, Virginia. with a view to bringing this drug to the global market.

Dr. Brotto cautions, however, that this drug, known as Addyi, will help only about 10 per cent of women, and it comes with some risky side effects. It is a pill that must be taken daily, cannot be mixed with alcohol, and is only for pre-menopausal women.  Research will continue into what will work for post-menopausal  women, and there are other drugs in development.

Not the female Viagra

Dr. Brotto stresses, as others have, that this is not the ‘female Viagra’ as it has been described by the media. Dr. Brotto says “it’s a terrible misnomer”, that unlike the single-use Viagra, Addyi has to be used on a chronic basis, and it works on the brain, not on the genitals.

She says while the availability is a big development in women’s health, she predicts that it will only be a small group of women who will benefit, and the initial excitement will fade.