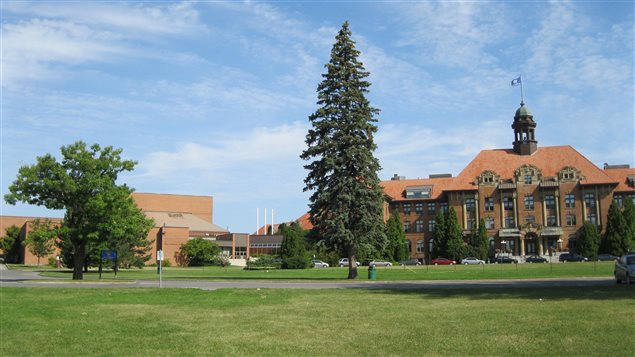 John Abbott College, in western Montreal, will have a lot more students gathering in groups on the lawns and pathways of the suburban campus today. It welcomed about 7,000 students back to classes

Students return to colleges in Quebec

College campuses across the province of Quebec were filled with students today.  Nearly 100,000 new and returning students attended the first day of classes in the Montreal region alone.  The 15 public colleges and 5 private CEGEP’s, in the province’s largest city, were filled with the anticipation of a new year.

Quebec is the only province in Canada that has this publicly funded pre-university college system. CEGEP, is the French acronym that stands for ‘Collège d’enseignement général et professionnel’, which translates as a ‘general and vocational college’. These colleges are made up of generally two and three year programs and play an important role as a transition between the teen-age years and young adult life. Most Quebec students start cégep at age 17.

Next Monday, August 31st, most elementary and high schools begin the new school year, and the universities, like most other schools across Canada, start classes following the Labour Day holiday, on Tuesday, September 8th, 2015.