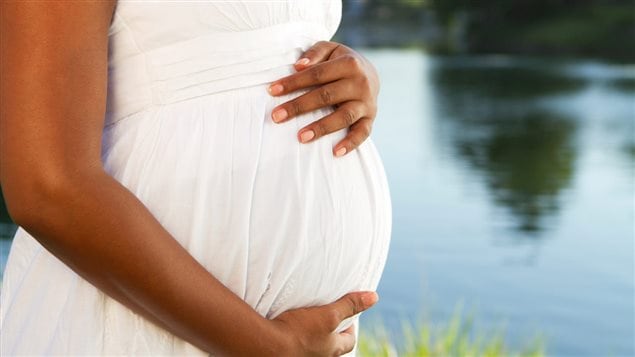 Pregnancy can be accompanied by depressive symptoms in mothers-to-be, but in their partners too, according to a new study.
Photo Credit: iStock

Fathers get baby blues too: study

In Canada, a lot of attention is paid to pregnant women and depression they may face before and after the birth of their babies. But a new study has found that first time fathers-to-be also may suffer from depression and could benefit from some help dealing with it.

“When we obtained funding for the study, colleagues and people around told me ‘you know it’s going to be really hard to recruit men. Men don’t like to participate in the study.’ But actually we found the opposite.” says Deborah Da Costa, the lead investigator and researcher at the McGill University Health Centre.

When Da Costa approached men in obstetricians’ offices or pre-natal classes, they were often enthusiastic about participating in the study and surprised that someone was interested in them, rather than their partners. Out of the 622 men who were followed for 18 months, 13.3 per cent experienced elevated depressive symptoms.

‘We can help men’

The main factor associated with their depressed mood was sleep difficulty, followed by a lack of social support, having experienced recent stressful life events like losing a job or a family member falling sick, financial worries, less satisfaction in the couple relationship and a family history of psychological difficulties.

Da Costa says that men can get help with all of these factors, except for the family history. “We certainly can improve support. We can improve sleep problems. We can teach men to better manage stress. These are all things that are modifiable. If we identify early, then we can provide some tools or resources to help men to facilitate the transition during this period.”

The importance of findings ‘underestimated’

This finding is important for men, for women and for the children too, says Da Costa.

“I think the importance of this information is underestimated,” she says adding that studies from the U.K. have tracked parents who were depressed during pregnancy and followed their children into adolescence. They suggest depression in either parent puts children at higher risk of having behavioural, emotional or cognitive difficulties. “So I think it’s really important that we try to optimize the mental health of parents.”