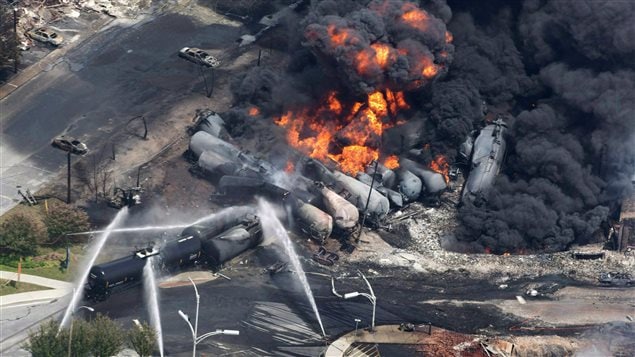 Lac-Mégantic compensation is set at last

The battle over victims’ compensation from the 2013 Lac-Mégantic rail disaster that killed 47 people is finally over.

A Quebec judge Tuesday gave his final approval to the terms of the $450-million settlement fund for victims, creditors and about 25 companies accused of responsibility in the train derailment that on July 6, 2013.

Compensation was long delayed because Canadian Pacific Railway requested changes be made to the final version of the fund and refused to offer compensation money.

CP sought leave to appeal the settlement fund but dropped its motions after learning all sides agreed to change some of the language of the terms.

The new terms of the fund offer certain legal assurance to CP if it is taken to court over its responsibility in the derailment.

A lawyer for the now-defunct railroad at the centre of the disaster, the United States-based Montreal, Maine and Atlantic Railway, said Tuesday the court has some procedural issues to take care of but victims should begin receiving cheques before Christmas.