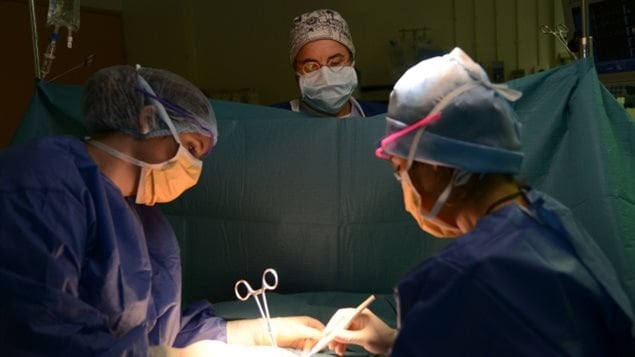 Surgery is paid for by Canada’s public health care system, but the wait for patients can be very long.
Photo Credit: Dominque Faget/AFP/Getty Images

A growing number of people in their 60s and 70s are being denied surgery in the province of Quebec because they are too old, says a doctor in an interview with the Montreal Gazette. Dr. Marc Beauchamp says he left Canada’s publicly-funded health care system because he could not get enough time in an operating room. He now offers surgery for those willing to pay out of their own pockets.

Nearly 8,000 Montrealers have been waiting at least six months for day surgery, reports the newspaper, and the government does not compile statistics for longer waits. Beauchamp told the Gazette there is such a backlog that surgeons choose to operate on younger patients.  He calls the practice age discrimination.

Quebec hospitals have long complained of being under-funded and the demand for service will grow dramatically as a large proportion of the population is ageing.