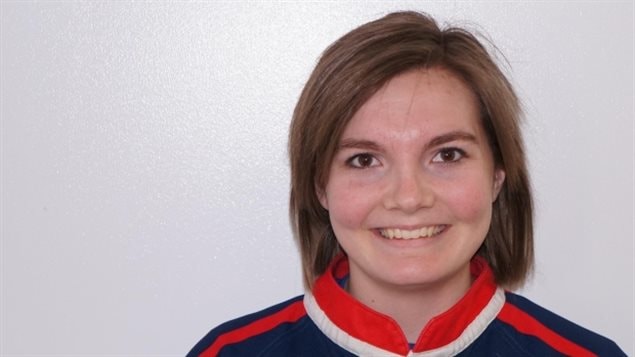 Rowan Stringer was 17 when she died after swhe was knocked unconcscious while playing rugby in 2013. She died days later and an inquest found the teen had been playing through multiple concussions before her death
Photo Credit: Facebook via CBC

Her name was Rowan Stringer, a 17-year-old girl from Ottawa, Ontario. who was the captain of her high-school girl’s rugby team.

Rowan died after a hitting her head hard and losing conciousness during a game in may 2013, and never regaining consciousness.

Boston University concussion experts later examined her brain and concluded the teen had suffered from “second impact syndrome” which can affect people who suffer more than one concussion in quick succession. Rowan had has two previous concussions that same week.

Now Ontario, Canada’s most populous province, is proposing a new law on concussions designed to help protect young athletes from dangerous head injuries.  It will be called “Rowan’s Law”.

The Ontario government is set to debate the proposed new law on December 10th, which is being backed by all three provincial political parties, the Liberals, New Democratic Party, and Progressive Conservatives.

This would be the first concussion legislation in Canada. The new law would first set up an advisory panel to implement the coroner’s recommendations within a year.

Now a west coast British Columbia doctor is calling for that province to implement the same sort of legislation.

Dr Jim Bovard is Chief Medical Officer for the professional football (soccer) team, the Vancouver Whitecaps. He is quoted by CBC saying, “Why wouldn’t we do it? I can’t think of a good reason. The more we talk about it, the more people are are going to know that it’s an issue, and hopefully that will prompt them to learn more about it.”

Dr. Bovard said although concussions can happen quickly, their symptoms can take a while to manifest.

Here are some to watch out for following a blow to the head: