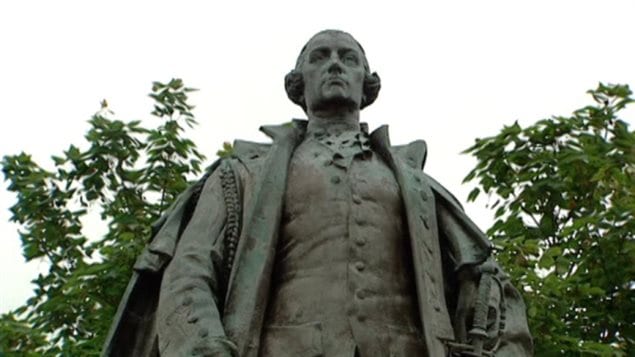 Remembered? Yes. Honoured? Perhaps not. The statue commemorating Edward Cornwallis located in a downtown Halifax city park was placed there in 1930 There are suggestions that it should be removed due to Conrwallis' order to try to wipe out the local Mi*kmaq which descendants say was an attempt at genocide.
Photo Credit: CBC

Troublesome history, characters, and their names

In retrospect, should some people and historical figures be honoured with place names?

Let’s take the name Cornwallis. After a mitigated military career in Europe and the near massacre of Scots at Cullodon, Edward Cornwallis was appointed as Governor of Nova Scotia in 1749.

He chose the site and immediately began establishing the city to be called Halifax. His stay was not long though, leaving in 1752.

The trouble is,  he set up Halifax on MicMac (now Mi’kmaq) hunting ground. The groups clashed and the aboriginals also sided with the French and began a campaign of harassment.

Cornwallis complained to superiors in England who told him to keep peace with the natives and with the French.

Nevertheless, he feared for the safety of the new settlement and in spite of recommendations to seek co-existence, he sent military forces to drive out the aboriginals whom he classed as “ bandits, ruffians, and rebels”

Worse, he issued a scalping order offering to pay any soldier or citizen who killed a Mi’kmaq. And even worse, it was not just fighters, but included any Mi’kmaq, meaning women and children as well.

Tired by clashes with the French, the aboriginals and complaints about his spending, he requested a return to England and he left in 1752 where he had a less than distinguished subsequent military career.

However because of his founding of Halifax, an important port city and capital of the province, his name has been attached to several features and buildings in the province.

For some years now, his very troubling proclamation has tainted his place in history. Increasingly, the Mi’kmaq are saying because of his scalping order he should not be so honoured and his name removed from public spaces.

The premier has agreed and recently ordered signs removed from the Cornwallis River which runs through a Mi’kmaq community.

Speaking on a CBC radio show, Mi’kmaq elder Dan Paul said, “I think it’s hideous in this day and age for a civilized population to be idolizing a man who made an attempt to exterminate a race of people”

Many people say Cornwallis shouldn’t be erased from history, but that the atrocity of the scalping proclamation should also be taught when remembering the role he played in creation of the city and province’s history.

Another more recent naming issue has cropped up on the other side of the country.  In 2013, already brash and controversial, American billionair Donald Trump arrived in Vancouver, British Columbia to lend his name to a huge new building complex owned by a development firm called the Holborn Group.  At a planed 63 stories, it will be one of the tallest in the city.

Now running as the US Republican Party Presidential candidate, Trump has been making even more controversial comments.

First came inflammatory comments about Mexicans and then an even more recent call from the to ban Muslims from coming to the US. As such he has been labeled as intolerant and racist.  Now some online petitions have sprung up to have the Trump name removed from the project.

The former Vancouver city manager, Brent Toderian had tweeted a suggestion that residents should request the Holborn Group drop the Trump name. This in turn led to the petitions now with tens of thousands of names on them.

In the latest development Vancouver city Mayor Gregor Robertson has jumped in by sending a letter to Holborn ‘s CEO saying “Trump’s name and brand have no more place on Vancouver’s skyline than his ignorant ideas have in the modern world. It is my hope that you and your company will work quickly to remove his brand and all it represents from your building.”

Previously the president and CEO of Holborn Joo Kim Tiah said the company was not concerned with American politics.