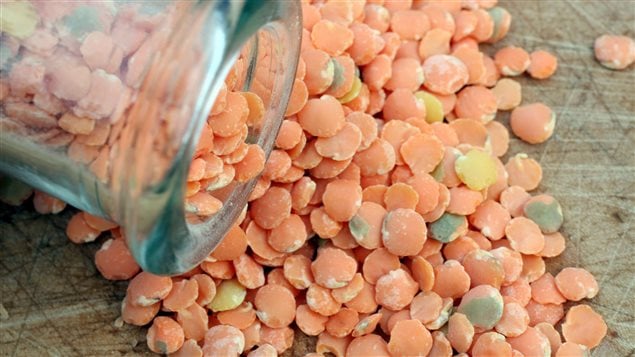 Canada is a major producer of lentils and other pulses and the world’s largest exporter of them.
Photo Credit: Larry Crowe/AP Photo

Year of Pulses may benefit Canada and the world

The world and Canada in particular may benefit from the fact that the United Nations declared 2016 the International Year of Pulses.  Canada is said to be the world’s largest exporter of pulses which include dry beans, dry peas, chickpeas and lentils. Importing countries include India, China, Turkey and the United States.

Pulses good for health and the environment

These foods are high in protein and fibre, and low in fat. They cost less than other sources of protein, they use less water to produce, they have a low carbon footprint and enrich the soil where they grow.

The UN also notes pulses can help improve health by preventing and controlling diabetes, reducing heart disease and cholesterol and they can be used to battle overweight and obesity.

Most Canadians don’t eat many pulses and are more used to eating meat. The exceptions include immigrants and vegetarians. As more people sample international cuisine, they are more likely to try pulses and the increasing price of meat may encourage them to eat more of them as well.

The western province of Saskatchewan exports lentils providing 65 per cent of the world’s total and it predicted increased sales both abroad and in Canada in 2015-2016.