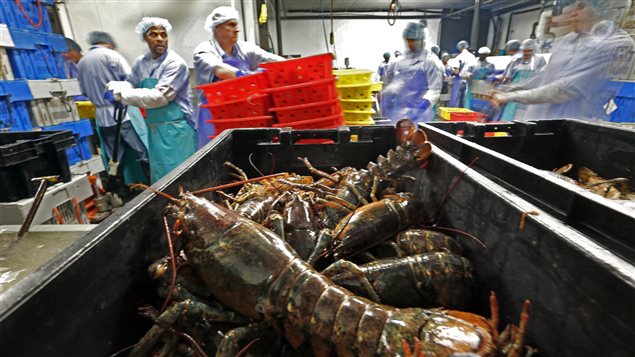 Canadian processing companies saw a drop in the amount of lobster shipped from the U.S. in 2015, reports Associated Press (AP). In 2014, the U.S. shipped about 31 million kilograms to Canada’s eastern provinces, compared to less than 30 million kilograms in 2015.

Canada has a huge processing industry in the provinces of New Brunswick and Nova Scotia which processed about 68 million kilograms in 2013. Processors were concerned about a shortage of workers and asked for exemptions from new, tougher rules on hiring temporary foreign workers.

The U.S. state of Maine has gone from having almost no processing plants 25 years ago, and now has 15 companies. In January, that state’s Senate approved a bill that may encourage local processing of lobster, says AP.

The drop in lobster exports to Canada may have to do with more than growth in Maine’s processing capabilities. The Canadian dollar has dropped dramatically against the U.S. currency, so exports to Canada are less profitable than they were.

Leaders in the Canadian processing industry told AP there will likely to be more competition for lobsters in future.