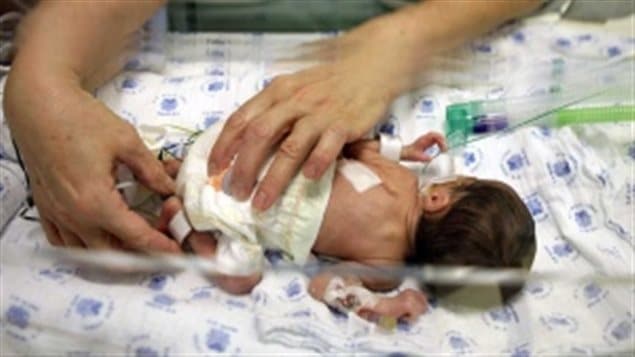 As a society we have surrounded ourselves with chemicals, all theoretically designed to help make our lives easier in some way.

More and more however, these chemicals  initially thought to be harmless, are showing themselves to have unexpected side effects. These can be either toxic, or hormone mimicking, and even in small amounts, are proving to cause harm in a variety of ways.

Dr Bruce Lanphear is a professor in the Faculty of Health Sciences at Simon Fraser University in British Columbia, He has been involved in several longitudinal studies of the effects of toxins on health and childhood development.

As Dr Lanphear illustrates in his new video,  it doesn’t take much at all to affect human development and pre-term births.

While a single toxin may shorten pregnancy by only three to seven days, the cumulative impact of exposure to many toxins can be substantial,” he says.

The video is callled Little Things Matter: The Impact of Toxins on Preterm Birth,

The video highlights examples such as research that found women in England with higher levels of lead in their blood were twice as likely to give birth too soon, while on the other hand, preterm births in Scotland declined by 15 per cent in non-smokers after smoking was banned in public places, another indication of the effects of second hand smoke.

The seriousness of pre-term birth is realized with statistics like a much higher mortality rate among children born three or more weeks before term. “Preemies” also have a higher percentage of other health issues like heart disease, diabetes, or learning issues.

Dr Lanphear says the chemicals are insidious, and that while we tend to look for a single cause to a problem like pre-term birth, there may be two or more toxins in small amounts in combination that lead to problems.

The video is part of the Canadian Environmental Health Atlas, a website that raises awareness about the myriad ways the environment affects human health, and was funded by the .CA Community Investment Program and the Faculty of Health Sciences Artemis Fund.