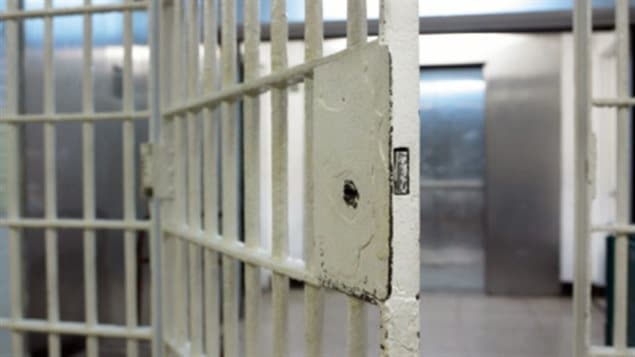 There are increasing calls federally, and at the provincial level, especially Ontario, for an end or at least major reforms to the practice of solitary confinement
Photo Credit: via CBC

Calls for an end to solitary confinement in prisons

This time last year the Commissioner for the Correctional Service of Canada was to submit a report to the Public Safety Minister on revisions to solitary confinement.

This came as a result of a young woman, Ashley Smith, who committed suicide after spending most of her 11 month confinement in solitary in an Ontario institution.

A jury at the inquest into her death had recommended that offenders spend no more than 60 days per year in total in segregation.

While the federal government considers its position, Ontario  began a review of its solitary confinement in March of 2015. Several months later in August, Ontario’s advocate for Children and Youth called for a limit on the amount of time young offenders could be placed in solitary.

In Ontario in 2014, 38 teenagers were placed in solitary for periods longer than 72 hours.  Ontario advocate Irwin Elman saidin 2015 that limiting solitary confinement to 34 hours would be in line with United nations guidelines.

In December of 2015, a panel discussion held in Ottawa as part of  Criminalization and Punishment Education Project also recommended a limit to solitary confinement at 15 days.

Justin Piche, an assistant professor of Criminology at University of Ottawa quoted in the Ottawa Sun newspaper said, “We have very clear cases of self harm resulting from the lack of association with people and (isolated prisoners) being…so desperate for contact that they will do things to attract attention, like self-harming. Solitary confinement beyond 15 days … it’s torturous”.

In the latest call which comes today Monday Feb. 29,  Ontario’s chief commissions of the Human Rights Commission, has added her voice to the calls for reform.

In fact, Chief Commissioner Renu Mandhane is calling on the Ontario government to completely end the practice of solitary confinement in provincial jails.

Quoted in the Toronto Star newspaper, she said, “We believe that it has a discriminatory and disproportionate impact on code-protected groups — namely, racialized individuals, people with mental health issues and women. Because segregation is an option, it has not put pressure on the prison structure to create other forms of dealing with the complex needs of some of the prisoners in the population”.

She also says such a ban would force a change in the mentality and structure of how  jails function. She says it would force the province to put more resources into dealing with prisoners who have mental and emotional problems treating the underlying cause, as opposed to simply locking them up and “throwing away the key”.

She also says she doesn’t expect an immediate end to the practice of solitary, but by highlighting the issue, Ontario’s prisons could begin changing practices by following the Human Rights Commission recommendations which include  hiring and training staff with appropriate attitudes and behavioural skill to work with vulnerable prison populations.

Other recommendations include external and independent assessment of health care and solitary placement decisions,and  banning solitary for prisoners with mental and emotional health problems.