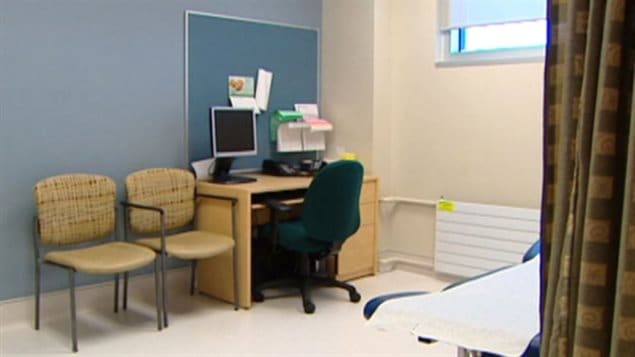 Rather than leave the examining room empty when there is a cancellation, doctors’ offices can now fill them with patients who need a quick appointment.
Photo Credit: CBC

It is very difficult to get a quick appointment with a doctor in Montreal, but a new free app can help, reports the Montreal Gazette. A group of entrepreneurs told the newspaper that there are more than 2.6 million cancellations of medical appointments annually in the province of Quebec.

The app new app would allow doctors’ offices to log cancellations and quickly connect them with patients who are looking for appointments. Reporter John Meagher notes there are 30 medical clinics and doctors in the Montreal area who are using the app called DOCTR CHECK-IN as part of a pilot project.

This is the second app of this type from DOCTR, reports Meagher. In July 2015, it launched one that informs users on how busy hospital emergency rooms are.

In Quebec, it is hard to get a family physician and patients often turn to hospital emergency rooms when they get sick. The waits can be very long. There are walk-in clinics, but often they close in the early afternoon and do not take appointments at all.