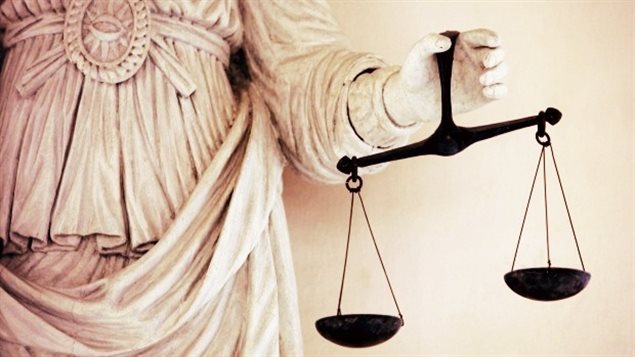 An Ontario judge rules against the provisions in a man’s will as being contrary to public policies.

When is a last will and testament not valid? A judge in the Superior Court of Ontario has ruled that a trustee is not required to carry out the last wishes when it runs contrary to public policy.

In this latest case, the Royal Bank of Canada as trustee for the late Dr Victor Priebe, who died in January 2015, had asked the court whether it was required to carry out provisions in his will.

Part of the will set up university student bursaries for singly white heterosexual men and women, who were also not afraid of “hard manual work”.

To provide funds, from time to time and in the discretion of my Trustee for awards or bursaries to Caucasian (white) male, single, heterosexual students in scientific studies, including medicine, genetics, biology, chemistry, physics and those going into medical pharmacology research…..

…. to similarly provide funds for an award to be known as the Ellen O’Donnel Priebe Memorial Award in the discretion of my trustee, under the same terms as the awards above, except this award is to go to a hard-working, single, Caucasian white girl who is not a feminist or lesbian, with special consideration, if she is an immigrant, but not necessarily a recent one. This award is for someone going into a field the scientific study (not medicine) on the terms outlined above for the male applicants

Judge Alissa Mitchell said the provisions left no doubt that Dr Priebe intended to discriminate based on race, sexual orientation and marital status, adding, “I have no hesitation in declaring the qualifications relating to race, marital status, and sexual orientation and, in the case of female candidates[6], philosophical ideology, in paragraph 3(d)(ii)(E) of the Will void as being contrary to public policy.  Although it is not expressly stated by Dr. Priebe that he subscribed to white supremacist, homophobic and misogynistic views as was the case in the indenture under consideration in Canada Trust Co., the stated qualifications in paragraph 3(d)(ii)(E) leave no doubt as to Dr. Priebe’s views and his intention to discriminate on these grounds

Such cases are rare as executors will usually try to dissuade people from putting such unusual provisions in their wills that are likely to lead to litigation. It is however not unique.

The Canadian Press cites Laura Cardiff, a Toronto lawyer who specializes in estate cases as saying the underlying case that stopped Priebe’s will dates back to 1938 in Canada when a will offered money to the woman who had the most babies. The Supreme Court of Canada ruled the “baby derby” (also Stork Derby)  was approved but the courts could step in when provisions were clearly offensive to public interest.

In 1990, a similar case involved a scholarship to white people of British origin which was overturned as being discriminatory.

Last year in Ontario the will of Jamaican-born Rector Emanuel Spence was successfully challenged. He had disinherited his daughter because she had a child with a white man. The judge overturned the will ruling that Spence’s decision was “racist” and as such “contravened public policy”.

And in 2014, and on appeal in 2015, a New Brunswick man’s will was successfully challenged by his daughter. Robert McCorkill had willed his coin and artifact collection worth $250,000 to an American white supremacist organization called the National Alliance.

In his 2014 ruling, upheld on appeal, the  Court of Queen’s Bench judge had said the National Alliance written materials were “hate propaganda” which was both illegal in Canada and contrary to public policy and as such he voided the donation.