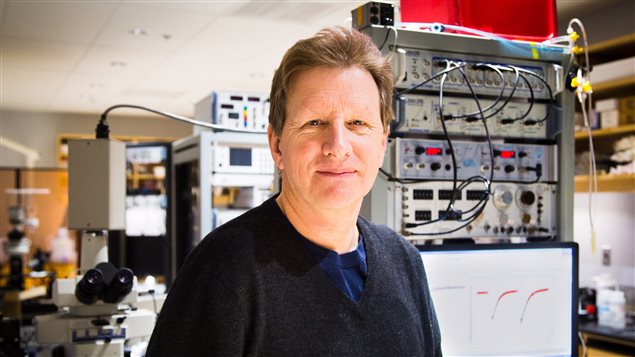 Graham Collingridge is one of three scientists who won the world’s most valuable prize for brain research.
Photo Credit: Canadian Press/hand out photo

U of T scientist wins top prize in brain research

The University of Toronto chair of physiology Graham Collingridge has won what is touted as “the Nobel Prize of Neuroscience” for his work on memory. The one-million-Euro ($1.46 million Cdn) prize was awarded by the Grete Lundbeck European Brain Research Foundation in Denmark and will be shared between him, Tim Bliss (England) and Richard Morris (Scotland).

Their work has “revolutionized the approach to understanding how memories are formed, retained and lost,” says the university’s news release. Collingridge focused on a brain mechanism known as long-term potentiation (LTP) that is the foundation of brain plasticity.

Hope for new treatments for dementia

Collingridge said he was “really excited about now translating discoveries about LTP into new treatments for dementia.”

New treatments would be very welcome in Canada where in 2011, 747,000 people were living with Alzheimer’s disease which is only one form of dementia. If nothing changes, that number is projected to increase to 1.4 million by 2031.