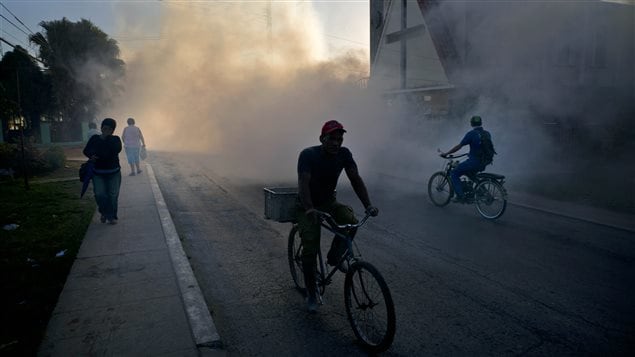 While the Zika virus is not circulating in Canada, the Public Health Agency of Canada has issued new precautions for Canadians. At this time of year, many Canadian take vacations in warmer places to escape the cold. Many visit the Caribbean and other regions where Zika infections are climbing to epidemic levels.

Some Canadians return with Zika

There are cases where Canadians have returned with the virus.

While most people have mild symptoms when infected, Zika infections in pregnant women are suspected of causing thousands of babies to be born with small heads and brain damage. Brazil is particularly affected. The disease is also suspected of causing a higher-than-normal incidence of Guillain-Barré syndrome, where the immune system damages the nervous system. It is sometimes fatal.

Zika is spread by a mosquito which is not found in Canada. Not much is known about the disease and research has intensified dramatically.