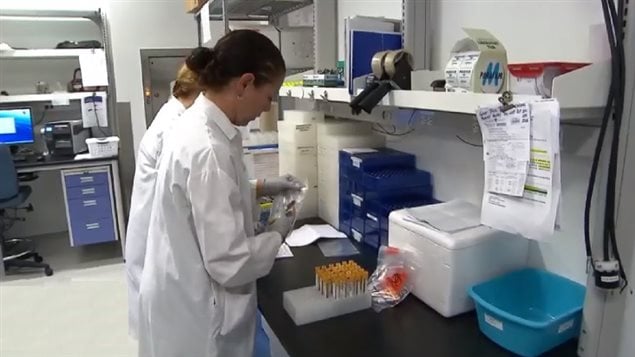 The Ontario Public Service Employees Union says allowing privatization of Ontarios health system such as certain lab services, particular procedures and more, does not save the public money, creates a two-tiered system and only weakens further the public system
Photo Credit: Radio-Canada

Canada has long had a publicly-funded health care system. Generally it means that for the majority of medical situations and hospital visits there will be little or no cost to the patient.

The provinces however control their own health care system meaning there are slight differences among the provinces. In all locations the private sector has been making inroads and taking over some health services previously carried out in hospitals or elsewhere in the public health sector.

The Ontario Chamber of Commerce (OCC) has been calling for increased privatization and now plans a major year-long campaign to promote the idea.

77 per cent of Ontarians are concerned about the health care system’s sustainability.  It also says 80 per cent feel that “Ontario’s health care system will need to undergo broad reform in order to meet the challenges of changing demographics.”

Thomas says what he disputes is the Chamber’s claims that those figures support their position to have more privatization of health care. He says that, “The private sector’s involvement in health care is the cause of many of our system’s problems, not the solution”.

Thomas says Ontarian’s are concerned because the province has been cutting back on funding and reducing front line staff in cost-cutting measures thereby reducing service. Yet, Thomas says,  while at the same time high priced managers have been kept on.

Mr Thomas says the often promoted idea that privatization of some services is less costly, is simply false. In a particular lab test for example, the public (non-profit) and private actual lab costs are the same, but when a private lab takes over a previously public lab operation it will charge on top of that to gain its profit, a cost that will come out of the taxpayer’s pocket.

He also says that increasing private clinics and operations creates a two-tier system, one for the rich, and another for the less wealthy.

Thomas also says the oft promoted idea that privatisation will relieve some of the backlog in the public health care system, is also false.

He also notes that the government and the OCC are now using other words such as “transformation” to avoid use of the word privatization.

Mr Thomas cites other examples of how privatization has failed the public. He notes a costly failed attempt at privatising jails. Another example is  the $242 million dollar software programme bought from a major corporation for Ontario’s Social Assistance Management System, which has since cost about $100 million more to attempt to repair according to Thomas. He says that in a claimed cost-saving measure, the province fired all the public employees who could have built such a system for about $30 million.

He also expressed concern that the Premier of Ontario, Kathleen Wynne has hired a banker as her advisor for such things as health care, someone he says has no understanding of health care issues, and who has publicly criticized health care workers as being too highly paid, and with pensions that are too costly.

The OCC says it will begin a year-long lobbying campaign to promote more privatization of Ontario’s publicly-funded health-care in the province. In a press release, Thomas says they will refute the Chamber’s falsehoods every step of the way.