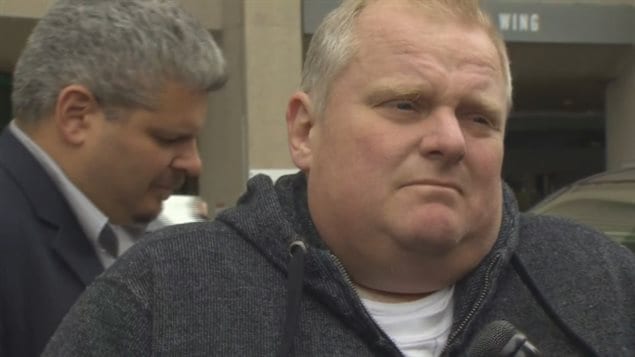 Rob Ford, the former mayor of Toronto is in hospital again for cancer treatment and his family has asked for privacy. They ended the rumour circulating earlier today, that he had died.
Photo Credit: CBC

Rob Ford in hospital with “family beside him”

Rob Ford, the notorious former mayor of Toronto is in hospital again. Diagnosed in 2014 with liposarcoma, a cancer that grows in fat cells, he had to withdraw from the city’s mayoral election campaign. He was, however, re-elected as a councillor for the city’s Ward 4.

Last spring Ford endured aggressive surgery to remove an abdominal tumour but was hospitalized again in October for further care. In November his brother Doug confirmed that two tumours were discovered on the bladder.

Earlier today rumours were circulating that Rob Ford had died. but that was corrected and he is now said to be in stable condition surrounded by family.