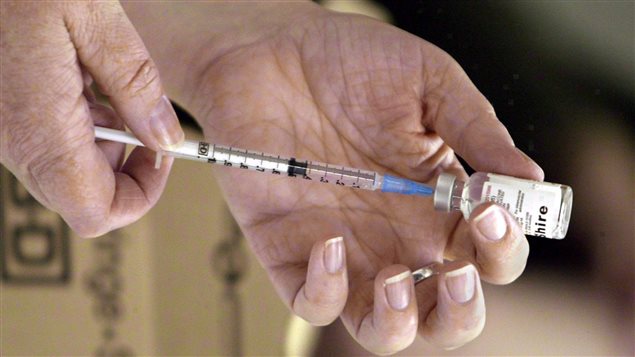 Now, only disposable syringes are used in medical procedures. Past practices of boiling and re-using needles may have spread hepatitis C among baby boomers.
Photo Credit: PC / Chuck Stoody/Canadian Press

Common belief is that risky behaviour is what spread hepatitis C among baby boomers (born between 1945 and 1964), but a new study indicates that is not necessarily so. If results are correct, there could be “a tsunami” of cases of this serious liver disease coming, says Dr. Julio Montaner, co-investigator and director of the BC Centre of Excellence in HIV/AIDS.

Hepatitis C is not easily spread and it was thought that baby boomers caught it through dodgy activities like injection drug use, rough sex, piercings and tattoos obtained abroad. A certain stigma was attached.

But genetic analysis available through new technology shows a dramatic spread of the virus occurred 10 to 15 years earlier than was thought. That means baby boomers caught it not at the ages of 15 to 20, but when they were younger than five years old.

“That obliged us to reconsider how hepatitis C has been spread in North America,” says Montaner. He adds, the virus spread “explosively” at the same time as medical practices were used that were common at the time, but now are deemed inadequate and unacceptable.

“I remember…very early on when I was in medical school and doing rounds in the ward, learning how to do injections…using the syringes that were being boiled on a pot in the ward, and randomly picking up syringes and being re-used. In current practice, that would be regarded as totally unacceptable. In those days there was nothing else,” explains Montaner.

All boomers should be tested

Given this information, Montaner concludes that all baby boomers, that is everyone born between 1945 and 1964, should be tested for hepatitis C. This is already a recommendation of the U.S. Centres for Disease Control and Prevention and the Canadian Liver Foundation.

Often there are no symptoms until 50 to 60 years after infection. That means more cases are now becoming apparent and more are on the way.

“The increased mortality that we’re seeing associated with hepatitis C is only the tip of the iceberg,” says Montaner. “If we don’t move on this very quickly, we’re going to be seriously disappointed.”