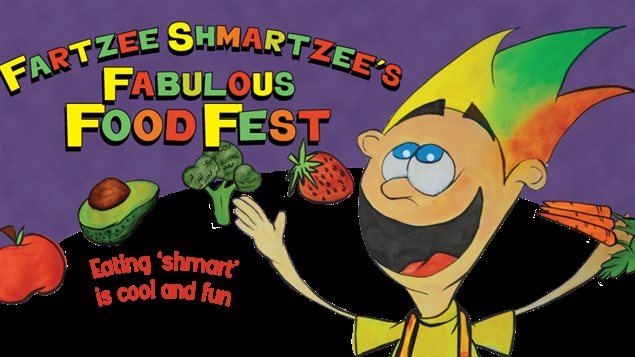 It is also common for children to be offered “treats” and other junk food at school.  Children have come to believe that unhealthy food is cool, he says. So, Segal created his own fun cartoon figure to counter the message and instead show that “healthy food is cool, fun and delicious,” as he puts it.

“The sooner we can get children to realize the benefits of healthy food and make it enjoyable for them, the greater the chance they’re going to be able to carry on that habit of eating healthy the rest of their lives,” Segal told Canadian Press.

The World Health Organization says “childhood obesity is one of the most serious public health challenges of the 21st century. The problem is global and is steadily affecting many low- and middle-income countries, particularly in urban settings. The prevalence has increased at an alarming rate. Globally, in 2013 the number of overweight children under the age of five, is estimated to be over 42 million.”

In releasing a recent report on children’s well-being, UNICEF Canada head David Morley recommended that more be done to reduce the marketing of unhealthy food to Canadian children and that more healthy lunches be offered at schools.