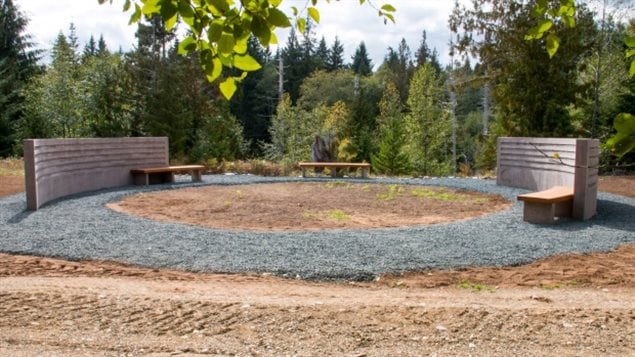 The Denman Island Natural Burial Cemetery in British Columbia opened in October 2015 and was the first exclusively natural cemetery in Canada.
Photo Credit: submitted to CBC by Louise Bell

“Human composting” should be encouraged as an alternative to the current ways Canadians treat bodies after death, say a politician in western Canada. Canadian Press (CP) reports the leader of the Green Party in the province of Manitoba, James Beddome wants it easier for people to ‘choose natural burials.”

Currently, bodies may be cremated or they may be embalmed, placed in elaborate caskets for viewing and funeral services, and then buried. Cremation can cost anywhere from $600 to $4,500. Embalming plus all related services can cost from $5,000 to $15,000. It’s estimated between 65 and 80 per cent of people choose cremation.

But both methods take a toll on the environment, says Beddome.

Instead, he told Canadian Press, some people want to be buried in “little more than a shroud and return(ed) to earth in an unmanicured meadow.”

As it now stands, there are only four natural burial sites in Canada, reports CP. Three are in the big province of Ontario and the other in the western province of British Columbia.

Michael Gibbens, with the Manitoba Funeral Service Association told CP there is not a high demand for natural burials right now, but he says that may change as the younger generation ages.