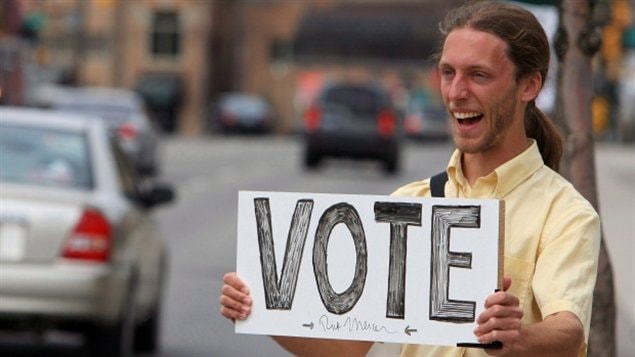 A coalition of students groups says young voters were critical to the Liberal party’s majority victory in Canada’s October 2015 election based on a survey it commissioned from Abacus Data. Canadians between the ages of 18 and 25 turned out in much bigger numbers, says the Canadian Alliance of Student Associations (CASA), and it concludes the Liberal party should heed their needs if it wants to be re-elected.

A bit more than half of this age group voted in October 2015. That was a big increase from the 39 per cent who went to the polls in the election of 2011. 45 per cent of them voted for the Liberals. 25 per cent voted for the New Democratic Party (NDP) and 20 per cent for the conservatives.

“Moving forward, political parties must recognized young Canadians as a powerful voting group that decide elections,” wrote CASA director Michael McDonald in a news release.  The survey was used to identify their concerns.